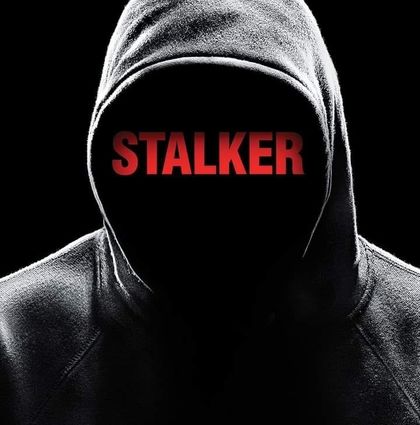 I'm in an earnest, sober state of mind. I've asked JPay.com to block 'D.B.' from the entire email platform and placed on the BLACKLIST!! I've put people on the list before, but this man is the worst!! HE is my first real stalker!! I would not think I could be violated by email. You can.

Last week, the weirdo wrote me, claiming he 'KNEW' me once before... He is/was!! He believed we were/are in a LONG LOST RELATIONSHIP, a couple who had simply lost contact!! He was angry that I'd not contacted him. And ready for me to come live with him upon release. ALL of this a PLOT IN HIS HEAD as he made contact with me. A CERTIFIABLE NUT!

TO BE CLEAR, I SHOULD HAVE FOLLOWED MY INSTINCTS AND NEVER CONVERSED WITH THIS MAN!! I could have never known what a monster I'd encountered. Huge lesson!! This changed me. I own this mistake. This is on me. It does not excuse what he did. From now on I'll be more discerning when screening people I meet.

Get this, several men have claimed to KNOW ME in the past and insist they remember me. One even claimed he knew me when I was free, obviously, before prison!! This is nothing more than a GAME to get closer to the target. Hoping I have a bad memory and maybe I'll fall for it!! I bet people DO fall for this!! One guy I believe confused me with my sister in my old neighborhood. His memories were not of me! I think it must have been my sister. Men have this "DO YOU REMEMBER ME??" scam game down!! It's just a scam. I've even see people play that game here IN PRISON!! She did it to get close to a girl she wanted to HUMP!! Worse, it even worked! I'm telling you I've seen it all.

He was a weirdo to me with this false memory story. At first this gave me no real reason be afraid, so I was nice and friendly to him as I am to anyone. I figure you never know who is an angle sent by God undercover. Quickly he showed his not-so-nice side. He became belligerent with me. It went downhill from there... I stopped I responding. He kept sending emails daily harassing me!

Next emails got verbally abusive calling me names, saying I'm a "LIFE BITCH". (NOTE: When people want to hurt your feelings as a lifer, they'll call you a LIFE BITCH or LIFE-DOING-BITCH!! ) Thankfully I'm strong enough not to LOSE MY COOL over this. He said "you're a dangerous person "and I "should stay where I am." He kept looking up my history and sending hurtful emails about me and my life. He called me a "PIECE OF S*IT." I hurried and deleted the messages BEFORE I could read it all. No need to let all that negativity into my mind and affect my spirit!!

I could tell from what he was writing that he had mental health issues. He even said I had called him names. Since I did not call him names and that is not how I communicate, or behave, I knew for sure he was having other ISSUES/VOICES, not me. Especially when I'm having a bad time already. This person drained me

So, I quickly deleted the hurtful, vulgar messages from him. I assumed he was gone and I could forget this weird encounter. He even removed his account. I was relieved! Next day I wake up to him back with a pile of obscene emails. I filed my complaint and asked to block and remove him. Further, he has done some research on my background and is talking about my son!! The son, Tah'Jai Jackson, was adopted by CPS. In San Diego. I usually do not even speak about him. He was taken from me due to my positive toxicology for THC in my blood at birth. Later I kidnapped him from the foster home, becoming the AMBER ALERT AMBER! Anyway, he looked up my son and my case I'm doing life for. He talked s*it about me, my story and family. Kept sending emails!?

So, first, I'M STUNNED that someone free is obsessed with me and essentially stalking me via emails!! I feel violated!! My feelings were hurt. My younger, less healed self would have been trying to talk s*it right back and get on his level and maybe even get into trouble for threatening him. At this stage in my recovery, I won't overreact. I calmly responded to him. He wanted ME angry and arguing. So, what did I do?? I looked at his psychology and did the worst possible thing for him. And the only healthy reaction for me. I simply apologized if I had offended him in anyway. And I wished him well and told him me and my ex-fiancé were back together.

How did he react?? He wrote back with one sentence calling me a NO GOOD BITCH. He was a demon.

A man made a hobby of harassing me while he's free and I'm in prison? This behavior is especially disturbing!

This stressful experience woke me up in an important way!! I'll run into people like him when I'm out there. I'll have to deal in a manner in line with my 12-step recovery and relapse prevention plan. Just like I managed to do with this situation. Real and unexpected things like this show me how much I've really changed. I'll pray for him as Jesus commands us! Although I do Not Want to do that! God's will be done, not mine!

I Hope I've made Jesus proud...