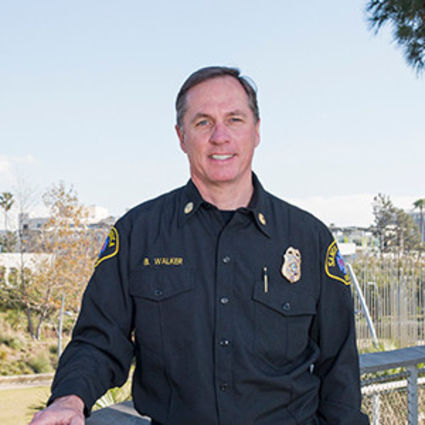 Santa Monica Fire Chief Bill Walker announced on Tuesday he will be departing his post on June 4 to head up the City of Bedford Fire Department in Texas.

A Southern California native, Walker has served as head of the Santa Monica Fire Department since 2016, guiding it through a period of transformation with new technology, four new fire engines, the new Fire Station 1, and Fire Station 7 at the beach, the city said in a press release.

"Santa Monica could not have had a better leader to see us through a period of significant transformation as our fire department stepped into the 21st century while heading to the frontlines of California's most severe wildfires," said Mayor Sue Himmelrich. "Bill is one of the nicest people you will ever meet, and we've been fortunate to have benefited from his talents, expertise, and partnership over the last five years."

Announcing his decision, Chief Walker said he was leaving to join his family in Texas.

"My two kids are both in the Dallas Fort Worth area and graduating college soon, so we are excited about the opportunity to be reunited in Texas," he said in a statement.

Walker said "it has been my honor to represent Santa Monica as the Fire Chief.  This is an amazing place, and I am extremely proud of all the accomplishments we have made together."

"We were able to completely transform our use of technology, improve our logistical support to our firefighters, ensuring they had the uniforms, turnouts, tools, equipment, fire apparatus, and stations to do the job at the highest level," he continued. "This included building the all new Fire Station 1 and establishing Fire Station 7."

Walker concluded, saying that "it is a challenge to have turnover in any organization, and I'm confident that the Santa Monica Fire Department is well prepared to handle this transition.  We have an excellent group of leaders who will keep the fire department moving forward as always." 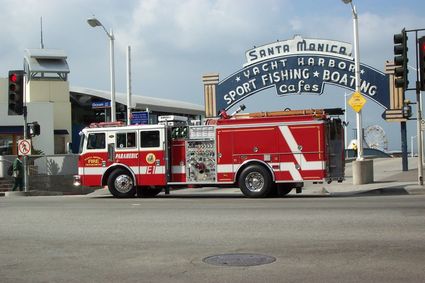 Courtesy of SMFD, a fire engine parked in front of the Santa Monica Pier Arch.

Under Walker's leadership, SMFD supported the city's commitment to addressing homelessness through a Community Response Unit and a new technology platform that allows first responders to share information with social workers and homeless services agencies to improve outcomes for people experiencing homelessness, city officials said. The department also partnered with UCLA on a Mobile Stroke Unit to offer life-saving aid to people in cardiac crisis.

City officials said Santa Monica will appoint an Acting Fire Chief while it conducts a nationwide recruitment for Walker's replacement.

Walker, who graduated from the fire academy in 1995, previously served as Fire Chief for the cities of Fountain Valley and Alhambra.