The arbitration fees, designed to discourage consumer lawsuits, could end up costing the eCommerce giant millions 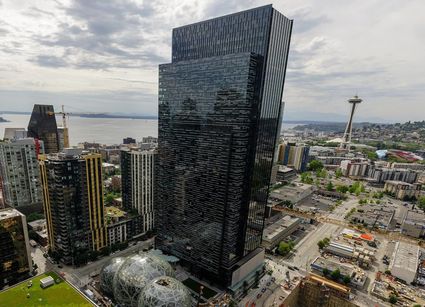 June 3, 2021, Los Angeles, CA – Buried in Amazon's Conditions of Use (COUs) agreement was a binding arbitration clause forcing buyers, marketplace sellers, and infringed trademark-owners to utilize arbitration to settle disputes. The practice allowed Amazon to skirt the traditional court system and dodge plaintiffs aiming to launch big class-action lawsuits against the e-commerce juggernaut. The requirement was effective, burdening plaintiffs with an arbitration structure that is financially challenging or inaccessible to consumers and doesn't have an appeal process, say consumer advocates and attorneys. Plaintiffs can't share the cost of fighting Amazon's inexhaustible deep pockets.

Last month, Amazon quietly dropped the arbitration clause in its contract after plaintiff's lawyers sued Amazon alleging Amazon Alexa devices stored recordings of users without their permission. Law firm Keller Lenkner and other plaintiff's lawyers flooded Amazon with tens of thousands of individual demands for arbitration. The action left Amazon on the hook for tens of millions of dollars of individual arbitration filing and administration fees Amazon agreed to in its contracts in addition to damage awards. "Companies thought they were getting out of liability altogether," by adding arbitration clauses, said Chicago lawyer Travis Lenkner, whose firm filed the majority of the Amazon claims. "Now they're seeing exactly what they bargained for, and they don't like it."

Amazon may be facing tens of thousands of additional arbitration demands costing Amazon millions in fees and costs. For example:

A September 2020 Central District of California class-action lawsuit alleges Amazon, as a direct seller and through its third-party sellers, deceives the public by falsely advertising, marketing, and selling hundreds of thousands of defective, fraudulent, and often dangerous lithium-ion 18650 battery cells and products containing them. Despite legal notice in 2019, the September 2020 lawsuit, and a U.S. Consumer Product Safety Commission warning, Amazon continues as a direct seller to list and sell the dangerous, fraudulent items. Amazon moved the Court to compel arbitration on an individual basis, but the Court still allowed collective injunctive relief.

A class-action lawsuit filed in the Northern District of California against Amazon on April 21, 2020, alleges that some items purchased on Amazon during the pandemic were priced higher than before the pandemic. The complaint alleges unlawful price gouging for products sold by third parties and products supplied directly by Amazon. Pricing exceeded the 10 percent threshold for price increases allowed under the California price-gouging law, without justifications for cost increases. Amazon moved the Court to compel arbitration and stay litigation, arguing, among other things, that plaintiffs agreed to its conditions of use ("COUs") when they registered their accounts.

Consumers rarely read the COUs that accompany each user login or click of a "buy button" ("click-wrap agreements"), yet the consequences of missing glaring red flags can be severe and costly. Up to 300 million Amazon consumers, 1.9 million third-party marketplace sellers, and 500,000 Brand Registry trademark-owners must now agree to Amazon's new Conditions of Use (in part):

"Any dispute or claim relating in any way to your use of any Amazon Service will be adjudicated in the state or Federal courts in King County, Washington, and you consent to exclusive jurisdiction and venue in these courts. We each waive any right to a jury trial."

"By using any Amazon Service, you agree that applicable federal law, and the laws of the state of Washington, without regard to principles of conflict of laws, will govern these Conditions of Use and any dispute of any sort that might arise between you and Amazon."

"If you do post content or submit material, and unless we indicate otherwise, you grant Amazon a nonexclusive, royalty-free, perpetual, irrevocable, and fully sublicensable right to use, reproduce, modify, adapt, publish, perform, translate, create derivative works from, distribute, and display such content throughout the world in any media."

What is clear is that the law needs to expand to account for the goods sold to consumers via e-commerce platforms. Amazon has faced hundreds of federal lawsuits over product liability, injuries, anti-trust, and intellectual property infringement in the past decade. The suits are a grim catalog of disaster, injuries and death, with cases in multiple states put on hold while the situation shakes out.

In the interim, Amazon can charge ahead in its quest to sell all things to all people through merchandise and pharmaceutical sales, personal data mining, entertainment streaming, and company takeovers, while destroying manufacturers, U.S. jobs, and retailers.

The Counterfeit Report® is the first and only website to promote counterfeit awareness and provide consumers a free and informative visual guide to detecting counterfeit products. The Counterfeit Report has over 11 million unique viewers, has appeared on ABC, NBC, CBS, Al-Jazeera, and Fox News TV, presented with the FBI and LAPD, and distributes to over 1500 news outlets and law firms. 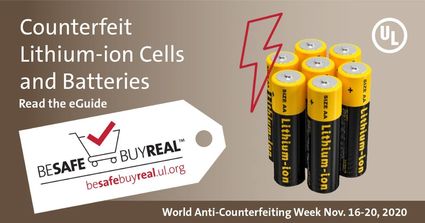 The Counterfeit Report has removed over 400 million counterfeit products from e-commerce websites including, Amazon, eBay, Walmart, Best Buy, Alibaba, and DHgate, authorized by the brand-owners.