He allegedly 'offered to reduce their rents in exchange for sex' 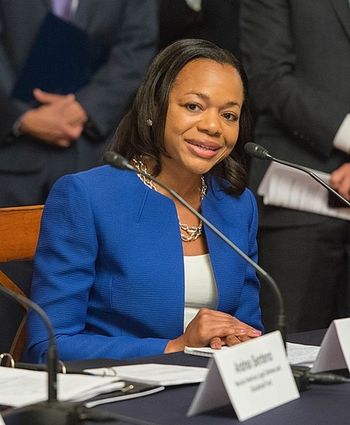 The Justice Department has reached an agreement with a California landlord to resolve a Fair Housing Act lawsuit alleging that he sexually harassed female tenants for two decades, including offering "to reduce their rental payments in exchange for sex."

Under the consent order –  entered by the U.S. District Court on Thursday – Larry Nelson of San Diego must pay at least $230,000 to $205,000 in damages to 13 tenants harmed by his harassment and a $25,000 civil penalty to the United States. A judgment for an additional $350,000 also was entered against Nelson, but was suspended due to Nelson's financial situation, court officials said.

The DOJ lawsuit, filed in 2019, alleges that Nelson "engaged in unwelcome sexual touching, offered to reduce monthly rental payments in exchange for sex, made unwelcome sexual comments and advances, made intrusive and unannounced visits to female tenants' homes to further his sexual advances, and evicted or threatened to evict female tenants who objected to or refused his sexual advance" at two San Diego area apartment buildings he owned and managed.

Nelson denies any liability, wrongdoing or improper actions, according to the consent order, but the DOJ and one alleged victim who joined the lawsuit "maintain that their claims are well-founded."

"People deserve to be safe in their homes," said Assistant Attorney General Kristen Clarke for the Justice Department's Civil Rights Division. "Sexual harassment in housing deprives them of that security. The Justice Department will not tolerate landlords who abuse their power by sexually harassing their tenants and will continue vigorously to pursue allegations of sexual harassment."

Under the consent order, Nelson is also prohibited from being involved in property management and must hire an independent professional property manager, court officials said.

Since launching the Sexual Harassment in Housing Initiative in October 2017, the Department of Justice has filed 21 lawsuits alleging sexual harassment in housing and recovered over $2.5 million for victims of such harassment, DOJ said.