California Senate Says We Should Just Deal with Drug-Users Slugging Us in the Park, Passes Law to Legalize Psychedelic Drugs 21-16

"It makes no sense to criminalize their use," says author Scott Wiener 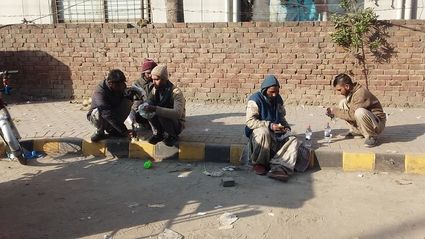 Courtesy of the brainiac who is pushing to densify our neighborhoods, California State Senator Scott Wiener, Senate Bill 519 to legalize psychedelic drugs, including LSD, was approved by the state's upper house. It will now move to the State Assembly where a similar vote is likely.

Citing numerous studies touting the potential health benefits of methylenedioxymethamphetamine (MDMA) and Lysergic acid diethylamide (LSD), Wiener said "it makes no sense to criminalize" their use. "It's time to move away from failed drug criminalization policies and toward a science- and health-based approach."

Senator Ben Allen, representing the 26th Senate District, including Santa Monica, voted Aye on the bill, which does not restrict the use of psychedelic drugs for medicinal use.

According to the Legislative Counsel Digest, SB 519 would "make lawful the possession for personal use, as described, and the social sharing, as defined, of psilocybin, psilocyn, dimethyltryptamine (DMT), ibogaine, mescaline, lysergic acid diethylamide (LSD), ketamine, and 3,4-methylenedioxymethamphetamine (MDMA), by and with persons 21 years of age or older." In other words, recreational use is okayed by this legislation.

LSD is a habit-forming drug that causes hallucinations, may subject its users to unpredictable flashbacks, and can cause long-lasting psychoses, such as schizophrenia or severe depression, according to Drugs.com, providing "peer-reviewed, accurate and independent data." While under the influence of the drug, judgment is impaired, including the ability to see common dangers, "making the user susceptible to personal injury or death."

But SB 519 includes no limitations on use of the drug for medicinal or research purposes only. In a cart-before-the-horse addition to the text, the bill requires the State Department of Public Health to research and make recommendations regarding the regulation and use of the substances made lawful by the bill. Shouldn't that research have been done prior to the wholesale legalization of a known dangerous substance?

The true motivation for the law legalizing psychedelic drugs appears to be emptying the jails and prisons, an urgent goal of the progressive camp. Apparently, it is better to have the mentally ill and dangerously violent out on our streets rather than in jail. 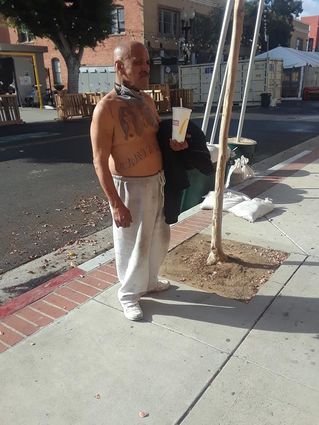 Compassion can include discipline

Apparently, it is better to tie the hands of law enforcement of any means of removing from our streets those who choose to behave in an anti-social manner that puts others at risk and degrades their neighborhoods and quality of life. Drug use is one of the few reasons a policeman can arrest someone. They are usually not arresting them for the drug use. Instead, the drug use gives the police an opportunity to remove from the streets someone who is behaving violently, stealing, trespassing, or other once-criminal behavior that is now decriminalized.

But that's all to the good as far as our more-enlightened, charitable elected officials are concerned. We should be forced to deal with drugged-out individuals passed out in our children's parks. We should enjoy sharing our hiking trails, retail stores, and sidewalks with people liable to strike us in the midst of an hallucination. Or drive on the road with them.

But our virtuous state senators, so much more generous than we are, decree the generosity we must show to those who choose to make bad life decisions and create havoc and squalor in our public places. Because that is social justice.

The 1970’s politics that resulted in all psychedelic compounds being made illegal are no longer relevant, but we are still all indoctrinated with the propaganda. We have all lost-out, as these were - and still are - some of the most promising tools to combat anxiety, depression, and PTSD. Our medical experts need to have the freedom to proceed with this research. Johns Hopkins is doing brilliant work right now with MDMA and psilocybin. The addicts you see on the streets are largely victims of highly addictive opiates and amphetamines. Nobody is on the streets because of psychedelics.

Just like prohibition of the sale and consumption of alcohol in the 1920’s gave rise to the likes of Al Capone and American organized crime, our multi-decade war on drugs is a failure and has resulted mainly in empowering inner city gangs and turning our southern neighbor (Mexico) into a permanent war zone. We are already seeing that, with the decriminalization of cannabis, illegal-drug-related crime is disappearing, appropriate regulation and quality control is keeping people safer, and taxes are being paid. Instead of funding the war on drugs, we should fund drug research, education, and in some cases rehabilitation. The classic hallucinogens – psilocybin, masculine, ayahuasca, and LSD – do not have toxicity profiles nor are they addictive. Most of them have been used for hundreds, if not thousands of years as religious and spiritual sacraments by native peoples all over the world. And they are, factually, significantly safer than alcohol and cigarettes.

What's happening in California is the equivalent of the revolutionaries throwing open the doors of the Bastille prison in Paris, releasing all the criminals, and then setting it on fire during the French Revolution, which was actually a communist coup. In the same way, the legislature WANTS to create chaos, to burn everything down, and totally destroy the social fabric so that not a remnant of it is left because it's only on the ashes of the old social order that the new communist utopia can be built. It's happening in states like Oregon and Minnesota too, but California is MUCH further along the deconstruction process. Short of the National Guard arresting the legislature in Sacramento, I don't see how California can be saved. Along with the UN forcing de-industrialization on western countries to allegedly save the planet (turning us into Third World countries) what happens in this decade will determine U.S. living conditions for generations to come. Buckle up.