If you can't make it in person to view after sunset, go online 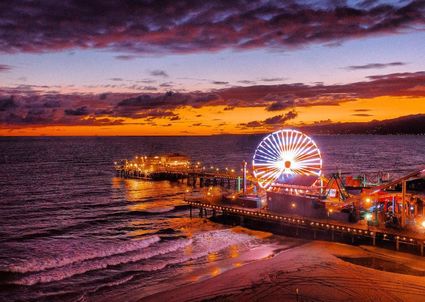 Flag Day commemorates the adoption of the American Flag of the United States on June 14, 1777, by resolution of the Second Continental Congress.

For Flag Day, the famous ferris wheel will display the animated flag from sunset (about 8:07 p.m.) to 12:30 a.m. It can also be viewed online at https://www.pacpark.com/

Pacific Park's rides, including the Pacific Wheel, are currently open to the public. The Park is also offering select services in its over-the-ocean dining plaza, beachside retail, and midway games.Following written guidelines from the state, guests should expect new experiences including the option to purchase ride tickets online in advance of their visit, a single entrance to the ride area at the east side of the Park, and monitoring the number of people in the Park at one time.