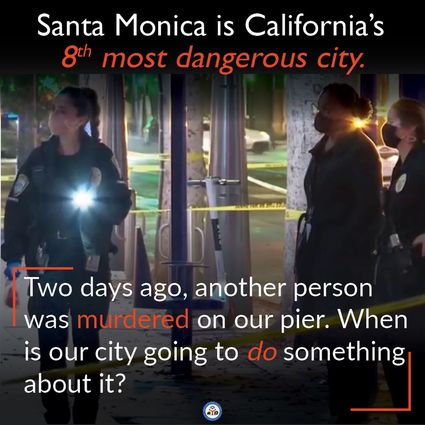 City staff worry about if we think the city is welcoming, while residents want their safety restored

A resident survey sent out with a Santa Monica Community Recreation email blast seems designed to elicit certain results regarding the city's stance on politically and socially progressive issues.

The first page of the survey admits "This is not a scientific survey." One must give them credit where it is due. From there on, the survey goes on to attempt eliciting praise of the city, its diversity (a word that is never defined), sustainability (also not defined), and uniqueness (whatever that means).

One section of the survey asks the respondent to use a sliding scale to describe the city as either closer to "vibrant" or to "boring." Are those opposites? And is there anything particularly positive about being "vibrant?" A man who committed an armed robbery of Santa Monica's Wells Fargo bank a few years ago dressed in a strange outfit including a Day of the Dead mask. Definitely "vibrant." Not terribly desirable to have in your neighborhood, however.

Later, the survey asks the respondent if Santa Monica could be described as "a place that respects and celebrates individuals from all backgrounds, cultures, identities, and abilities." Certainly not. Anyone with a political opinion that hasn't been approved by whatever is the currently acceptable dogma had better keep their trap shut. Anyone with a drop of traditional religious faith had better keep it indoors and out of the view of neighbors. But one cannot possible answer the survey with a no on this question. You know what will happen. Staff will go to our elected leaders and cry that residents feel the city is not doing enough to combat deep-seated racism and transphobia.

For example, respondents are asked whether they think Santa Monica is associated with LGBTQIA "community, events or attractions." Is there a reason the city should be associated with this, one way or the other? If such events are not held in Santa Monica, does that mean the city is homophobic? 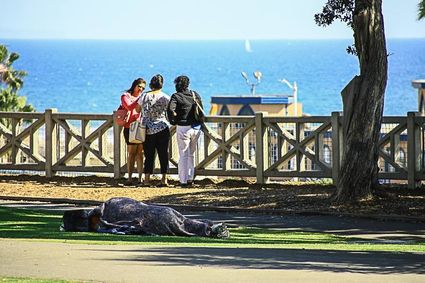 Worse, however, is the question as to whether the respondent thinks the city is associated with "Black, Brown and/or businesses owned by diverse individuals." What? Are we supposed to associate a city with a particular racial group? Are we supposed to be alert to the racial makeup of the owners of businesses we patronize? Are we supposed to care if this makeup does or does not fit some apparently acceptable proportions? Would that necessarily mean anything?

Staff may get a rude surprise when they examine the results of one of only two open-ended questions presented: "Please list up to three (3) words you would use to describe the unique personality or vibe of the Santa Monica community." I suspect "homelessness," "crime," and "overdevelopment" may figure strongly in the replies.

The city council will not be given these answers, however. Instead, whatever the actual results of the survey, it will be couched in a way to compel the radical policies that are supposed to bring racial and sexual harmony, but which are actually just a way for a few corrupt people to get rich.

Fantastic article. This is absolutely the city council's way of falsely justifying the latest Marxist destructive policies they've already got in the pipeline. Yes, they will tell us the people have spoken and that even more public housing, race-baiting programs and school curriculum, and the elimination of R-1 zoning for single family home neighborhoods is what we wanted. They're doing this for us, for the children, for the future of Soviet Monica (oops!), and the Red Dawn!