There are close to 60,000 homeless individuals in Los Angeles County, with 36,000 of them in the City of Los Angeles 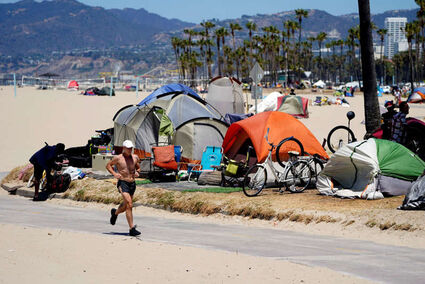 When affluence and poverty collide, it's easy to blame the affluent

There are an estimated 2,000 homeless people inhabiting the streets of Venice, California. News outlets reported 200 tents on the Ocean Front Boardwalk as of June 27. And on June 28, Los Angeles Councilman Mike Bonin boasted in an email blast about housing 19 individuals.

Bonin attempted to play up the importance of this insignificant dent in the crisis, brought about in large part by public policies put in place by himself and others like him. That's "someone's mother, father, brother, sister," he pointed out. He said addressing the region's homeless crisis look like "getting one unhoused resident back on their feet." If that's what he thinks it look, it will be several millennia before all of the estimated 59,000 homeless individuals in the county will be off the streets.

Bonin's plan, called "Venice Beach Encampments to Homes," relies on the city, county, and St. Joseph Center to secure permanent housing for the vagrants camping on the boardwalk. Outreach workers are to sally forth and attempt to talk the squatters into accepting immediate temporary housing with a "commitment of permanent housing" at some future point.

Permanent housing. You read that correctly. While some people go to school to educate themselves, find jobs, and work to pay for rent or mortgage, these beachfront squatters are being offered permanent housing. Who is paying for that? Why, the people with jobs who pay their own rent and mortgages, of course.

Is anything required from those receiving this free housing? Bonin does not say. Many homeless individuals turn down offers of even free housing because they fear rules and restrictions that might impede on a way of life that often includes drug use and other criminal behavior. The vagrants who were removed from Echo Park were of this mindset. All of them had been offered hotel rooms. Those removed were those who had refused. It is probable the people camping illegally on the Venice Boardwalk have already been offered - and already refused - offers of shelter. 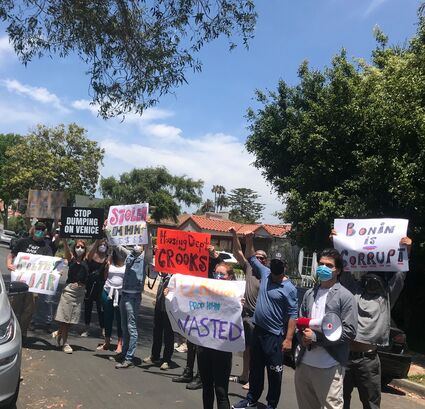 "There are no easy solutions," Bonin claims. He is correct. Solutions are not easy. Any working solution will require demanding accountability from people for the bad choices they have made. Any reasonable solution will require some trade in kind for any benefits handed out. But asking people to be held accountable and acknowledging they hold agency is something a politician like Bonin is very loath to do. Allowing others to have accountability and agency takes away from his own power. He can no longer act the beneficent king.

"We are working against a deeply flawed and broken system," Bonin says. He is correct again. And he, and other officials like him, are the ones who inserted the flaws and broke the system. Decriminalizing theft and trespassing, handing out food and shelter with no quid pro quo, accepting deeply anti-social behavior that degrades our neighborhoods and communities - these are the policies that have broken the system.

If Bonin wants to fix the flawed system, he needs to look in the mirror.