Is it Compassion to Allow Vagrants to Take Over City Property or Something Else? 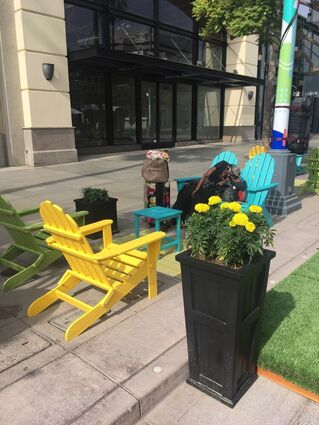 Santa Monica Mayor Sue Himmelrich thinks the key to saving the dying Third Street Promenade is to allow drug-using vagrants to use the business district's parking garages. Just kidding. What she really thinks will help is tearing down the garages and putting so-called affordable housing in their place.

Himmelrich has shown little interest in the problems with vagrancy, trash, drug use, and human waste in the city's public garages. She has not responded to the problem of missing lights and non-working elevators. She, along with other members of the city council, the leadership of Downtown Santa Monica, Inc., and the manager of the city's parking garages, was warned about the presence of unauthorized people using the garages as their home and their anti-social behavior. She was asked to walk through the garages and alleys with property owner John Alle, but she declined to do so.

Why fix up the garages if the city is only going to demolish them anyway? Himmelrich and the rest of the council signed off on a plan to use every square inch of city-owned property to install affordable housing, ostensibly in order to satisfy an impossible edict from the state to put 6,168 units of affordable housing in the city by 2029. The first garage slated to go is Structure 3, with 337 parking spaces.

We will leave aside the question of whether the production of housing that is economically untethered to market forces is a good idea or if it is one that actually creates less rather than more housing. Our less provocative, more practical question is if an affordable housing project belongs next door to what is intended to be an upscale shopping district with regional appeal? In what way does a housing project of people who cannot afford to pay market-rate rent help the shopping district - and vice versa?

Even more fundamental than that, in what way does eliminating parking help a shopping area?

We find it impossible to conclude that helping the shopping area is the goal.

On Channel 9 News, property owner John Alle estimated that 65% of the Promenade stores are vacant. He attributed the attrition to the poor conditions in which the area has been kept, with the dangerous garages, rats in the topiary, and unchecked vagrants. DTSM, which is charged with promotion of this business district, seems unconcerned with the downturn - or at least unconcerned with addressing any of the safety and maintenance issues.

It is unclear what the goal of DTSM, Sue Himmelrich, and other city staff is regarding the downtown and Promenade. Turn it all into affordable housing? That would certainly eliminate the problem of complaining property and business owners.

However, it would also eliminate the presence of property and business owners, the people who make the money to subsidize the housing. 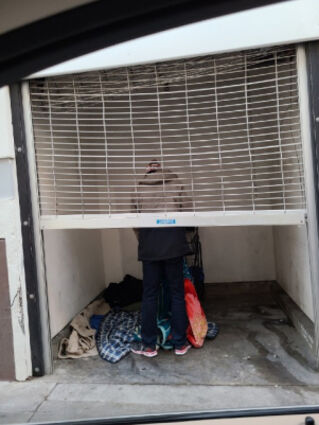 We are unsure how Mayor Himmelrich plans to solve that puzzle.

Unfortunately, we are under the impression her 'plan' is to use the affordable housing - which would take years to construct - to house the drug-addled vagrants currently camping out in the public garages, none of whom could manage to afford even the "affordable housing" and who would be more likely to burn it down than give up their substance abuse.

John Alle invited Himmelrich to a debate on the future of Parking Structure 3 and the Promenade in general. He has arranged for a professional TV producer to moderate, an Emmy-award-winning producer to film, and a space to film, and has offered to pay all related costs.

It would be shocking if Himmelrich agreed to come, but certainly interesting to hear her rationale.

The officials seems to forget the timeline of killing of the promenade parking structures. THIS was a problem LONG before the pandemic. NOBODY wanted to use the parking structures because of the urine in the stairwells and elevators so why drive to the promenade? NOBODY had a solution then and nobody has a solution now except to open the garages to more defecation and urine? Is anyone concerned that the the urine and defecation all wash into the storm drains and into the ocean? Does no one recall that the parking structures were uninviting BEFORE the pandemic? The unintended consequences of not addressing the homeless problem in the past was that it grew! You do not take high value - high taxable land and create a gateway you cannot monitor to a segment of the population that you are caring for with tax dollars. THAT is economically unfeasible and senseless. The so called compassionate measures that are doomed to fail for ALL are inconsiderate and harmful. RECONSIDER!

This is terrible. The abuse of landlords, small family businesses and residents of Santa Monica has spiraled downhill. Wake up Santa Monica, you are a SMALL beach community. Tourism dollars down, revenue for small businesses down, this is unsanitary and needs to STOP. We have delta variant covid spiking and this is a public health emergency. There are folks with knives, guns in your alley ways behind residences. Time to get out of the ivory tower and hit the streets and clean this up.

Amazing that the Promenade has gone to the bums and stores have left. We once could go the beach, but our Councilman has ruined OFW in seven short years.

When will people realize that these decisions by the mayor and other city managers aren't misguided good intentions that will certainly turn disastrous in the near future? They already know that because THEY'RE DOING THIS ON PURPOSE. From social justice district attorneys that decriminalize crime and end cash bail, and the frenetic obsession of city managers with density and low-income housing, to ending zoning for single-family homes and permitting people to live (and defecate) on any public space they choose...they're turning the best U.S. cities across the country into Third World hellholes because that's part of The Great Reset, America's fall into a failed state. Think I'm kidding? Just wait until 2030. The sad thing is we're all letting them do this. Wake up people.