Ruling represents victory for LA and Culver City over 'too low, too loud' flight patters 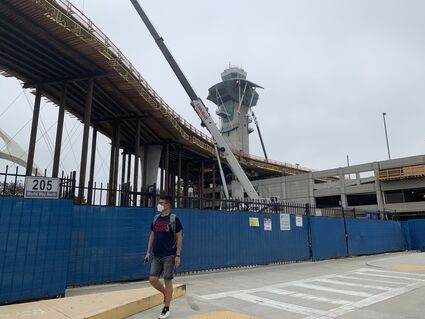 Passenger walks in front of construction at LAX.

In a victory for Los Angeles and Culver City, the Ninth Circuit Court of Appeal ruled that the FAA violated key environmental laws when it changed flight patterns for aircraft coming into Los Angeles International Airport over Westside communities, federal court officials announced this week.

As a result of the decision by the U.S. 9th Circuit Court of Appeals, the FAA must undertake a proper environmental analysis that should have taken place prior to implementing the changes in 2018, officials said.

Two years ago, the City of Los Angeles and the City of Culver City banded together to sue the Federal Aviation Administration, alleging the agency made changes to flight patterns with neither environmental review nor public input. 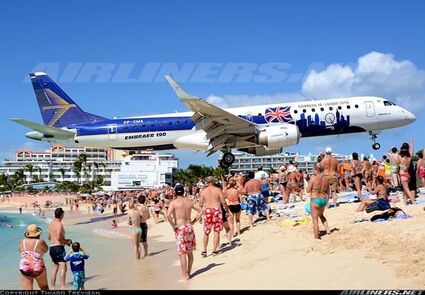 "Probably one of the lowest approaches of all time in SXM by this Embraer, passing 5ft above the fence. Great skills on the cockpit, other way I could have seen a massive decapitation on the beach. - Photo taken at Philipsburg / St. Maarten - Princess Juliana (SXM / TNCM) in St. Maarten on January 27, 2015"

A group of Culver City residents also formed an organization, "Fight the Flight," in their effort to curb the increase in noise and the lack of altitude from many flights heading into Los Angeles International Airport. But the FAA has denied any change in policy, despite the reported increase in the number of planes in recent years.

Last Monday, the appeals panel ruled that the FAA violated three key federal environmental laws by implementing the flight pattern changes at LAX as part of its rollout of its Next Generation Air Transportation System: including the National Environmental Policy Act, the National Historic Preservation Act, and a section of the Department of Transportation Act.

While the "too low and too loud" flight patterns will remain in place for now, the court mandated that the FAA undertake a 'more transparent and public process' moving forward, federal officials said.

The court ordered the FAA to undertake proper NEPA and NHPA analysis and to consult with the city of Los Angeles regarding the Transportation Act.