Man Shot and Killed in Broad Daylight on Melrose

A woman gasps after seeing a man lying dead in the street after apparently being shot for his shoes, 8/11/21. 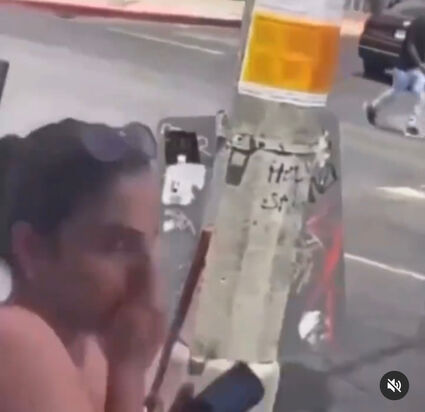 A woman gasps after seeing a man lying dead in the street after apparently being shot for his shoes, 8/11/21.

We are trying to verify a story at 12:30 pm on Melrose Avenue in West Hollywood. Reports on Social media say that one man shot another, in a dispute over a giveaway at a shoe store. A woman is seen gasping in a short video posted to Instagram.

Longtime residents of Los Angeles have never seen this level of crime and disorder. The recall election of Dem. Gov. Gavin Newsom has gone from a longshot to a near sure thing due to crime, homelessness, and rising levels of the pandemic.

"Welcome to Hell-A" posted one Instagrammer. "Clearly a case of white supremacy" wrote another. "funny what it cost NIKE to make those shoes in Vietnam. maybe $3. Worth a life though. This was obviously a woke population crime. Woke up on dope and broke!" posted a third man.

Melrose consists of pricey restaurants and shops, and is one of LA's premier shopping streets. It was perfectly safe to walk there when the Coronavirus pandemic started. Lockdowns began in LA on March 19, 2020.

The video may be seen at: https://www.instagram.com/p/CSdJo5VH2-/

From City News Service: Police are looking for a gunman in dark clothing who fatally shot another man in front of a shoe store in the Fairfax district on Wednesday afternoon, then fled in a silver Toyota Camry. 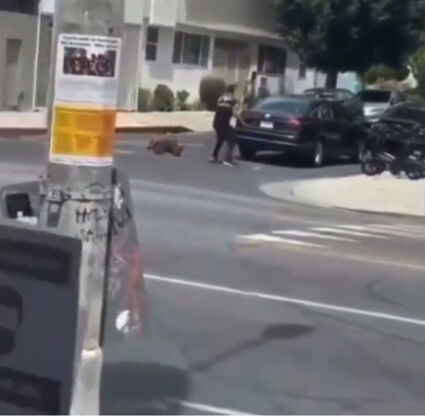 A man is seen prone in the street after apparently being shot for his shoes, 8/11/21.

Detectives said the LAPD responded about 12:30 p.m. to the shooting, which followed a dispute among a group of "males and females" outside Shoe Palace on Melrose Avenue, where a shoe raffle had been underway.

The Camry was seen traveling three blocks east of Fairfax Avenue, then headed north on Genesee Avenue. It had a temporary license plate: BC10D32.

The victim was described only as being in his 20s. He suffered a single gunshot wound and was taken by paramedics to a hospital, where he died.

Anonymous tips can be called in to Crime Stoppers at (800) 222-8477 or submitted online at lacrimestoppers.org.