Genuine anger at California's ruling class and their progressive politics, is fueling an election that could cost the Dems the US Senate. 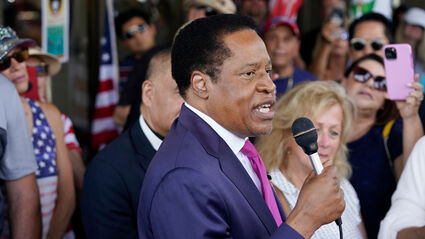 This recall is shaping up as the perfect storm that will lead to a conservative winning the top job in California.

Gavin Newsom, a rich white guy from the Bay Area who is backed by some of the richest people in the State, faces a real challenge from the Recall Campaign. This has galvanized since June, when former Talk Radio host Larry Elder announced that he was running for the Golden State's top job. Some say the establishment is running scared.

"There's real anger at Sacramento, real anger at Gavin Newsom. Larry Elder, temperament wise, symbolizes that, In a way that Kevin Falconer and John Cox don't." says Alex Levinson of Fox LA. "It reminds me of Hillary Clinton vs. Donald Trump. A guy who the media don't like or understand or feel they can control, is pushing aside the establishment media."

"It also hurts them (democrats) that they told the State not to vote on question two," said Levinson, a political commentator on Fox LA. He runs the only Statewide political program, "The Issue Is." "There is no reason for a Democrat to even vote, without an interesting Democratic candidate."

The L.A. Times posted a column on Friday titled "Column: Larry Elder is the Black face of white supremacy. You’ve been warned," which accused the Republican of using "overly simplistic arguments that whitewash the complex problems that come along with being Black in America." L.A. Times columnist Erika D. Smith said Elder uses "taunting and toddler-like name-calling of his ideological enemies" before belittling the gubernatorial candidate with her own insults. https://www.latimes.com/california/story/2021-08-20/recall-candidate-larry-elder-is-a-threat-to-black-californians

"His candidacy feels personal. Like an insult to Blackness," the Times columnist wrote.

The recall is fueled by genuine anger at Gavin Newsom for locking down the State at the behest of healthcare and teachers union, says Levinson. "Hispanics in particular do not see Newsom as one of them, as evidenced by his attending the infamous French Laundry restaurant at a time when ordinary folks were not allowed to even go to restaurants."

The LA Times hit piece on Elder, goes on to quote him as telling an audience: “Rising crime? [It’s] because of this phony narrative that the police are engaging in systemic racism and cops are pulling back,” Elder said. "... When you reduce the possibility of a bad guy getting caught, getting convicted and getting incarcerated, guess what? Crime goes up.”

"I've always had a bad relationship with the LA Times," explained Elder, speaking on KABC Radio. "I've written 100 columns in 20 years, the LA Times has never printed any of them. They've never reviewed any of my books, 6 of which were on the LA Times Bestseller list. Despite the fact that I'm born and raised here, they didn't mention my movie, 'Uncle Tom.' They have artists, dancers from LA, they've never profiled anything that I've written on KTLA, their channel. I think it's because I refute their narrative, that racism holds people back, that there is still systemic racism in the United States."

"It's elitism and arrogance. The editorial board of the LA Times, I spoke to them. They're arrogant and out of touch. His own kids in a private school, black and brown kids are getting lousy, remote education in public schools. Public school teachers families themselves want to put their kids in private schools. This narrative that the police are out to get there, causes constant pullback, and greater crime. They're scared to death, and I'm the pied piper of this (movement). I'm not radical, and they have to characterize me as radical."

In combination with lockdowns and prison releases, greatly decreased penalties and law enforcement in California have lead to an unprecedented crime wave in California. Most of the victims are themselves Black and Hispanic. Recent polling says 54% of Latinos want to replace Gavin Newsom. 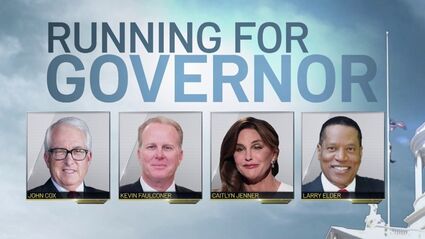 "(Newsom) is incompetent and elitist, and the only man who thinks Biden did a good job in Afghanistan." said Elder. "Despite the fact that this guy raised $50,000,000 from big tech and Hollywood, and I have less than $10,000,000, the people are going to elect me and this will be an earthquake in Washington."

Elder concluded by saying Sacramento is so scared, they're trying to amend the law to prevent him from appointing Diane Feinstein's potential replacement. Feinstein, 89, is said to be suffering from dementia.