California Parole Board Votes to Release Sirhan Sirhan, Who Shot and Killed Robert F. Kennedy in 1968

DA George Gascon: Sirhan does not represent a threat to the public, being 77 years old 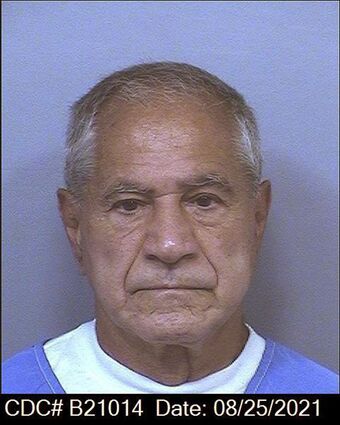 8/27: The California Parole Board has voted to release Sirhan Sirhan, the man who shot and killed RFK in 1968.

Los Angeles County District Attorney George Gascon has decided not to oppose Sirhan's release, and did not send a prosecutor to oppose a hearing this week. Gascon, a progressive, believes that everyone deserves a second chance, and in any case Sirhan does not represent a threat to the public, being 77 years old.

On August 27th 2021 he was granted parole. He served 53 years in jail. Two of Kennedy's surviving sons, Robert F. Kennedy, Jr. and Douglas Kennedy offered their support for parole during Sirhan's 16th appearance before the parole board.

Sirhan is a Palestinian militant who assassinated United States Senator Robert F. Kennedy at the Ambassador Hotel in Los Angeles, California, on June 5, 1968; Kennedy died the following day at Good Samaritan Hospital. Sirhan was convicted of murder and was serving a life sentence at the Richard J. Donovan Correctional Facility in San Diego County, California. On August 27th, 2021, Sirhan was granted parole by a California parole board. Prosecutors did not attend the hearing to argue against the parole.

Sirhan was born in Jerusalem to an Arab Christian family, where he attended a Lutheran school. In 1989, he told David Frost: "My only connection with Robert Kennedy was his sole support of Israel and his deliberate attempt to send those 50 [fighter jet] bombers to Israel to obviously do harm to the Palestinians."