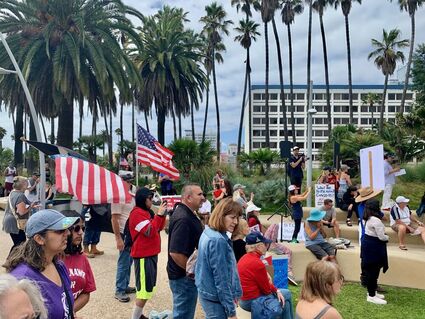 The Santa Monica City Council this week revisited an emergency ordinance it voted down four months ago which would ban certain items that "can be weaponized" at public assemblies and community events.

And after a lengthy debate and a friendly amendment at its Tuesday night's meeting, the Council voted 6-1 to pass the emergency ordinance "to keep the protesters safe."

The reconsideration of the ordinance was prompted by the upcoming the "Rally of Freedom" – slated for this Sunday, August 29, at the Santa Monica Pier – which will involve protestors against vaccinations and mask mandates and possible counter protestors from the Antifa Group, said city officials.

The Sunday rally has been promoted on social media platforms including Facebook, Twitter, and Telegram, said city staff in a report. "The SoCal Antifa group has also promoted the event and stated an intent to come to Santa Monica to counter-demonstrate."

The new law prohibits such items as "wooden sticks, metal and plastic pipes, baseball bats, aerosol sprays, weapons, glass bottles, metal contains, shields, gas masks, helmets, body armor, bricks, and rocks." Some of these items were used as weapons last year during the May 31 riots in Santa Monica, according to city officials. 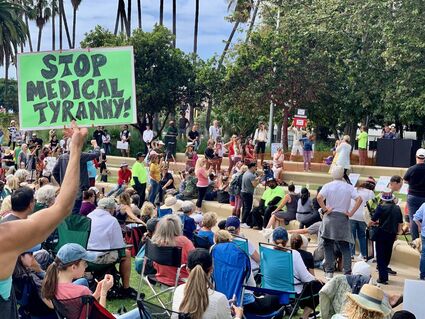 In its recommendation to the Council, city staff said the ordinance was "presented because of the uncertainty and unpredictability of when one or more individuals may choose to seize the opportunity of an otherwise peaceful protest or public assembly to engage in violent conduct." And that would be "dangerous to bystanders, protesters and police officers," staff added.

"It's a proactive tool," said Police Chief Jacqueline Seabrooks. "It will keep the temperature down" at protests and demonstrations.

But Councilmember Gleam David who voted against the measure maintained that the city has enough laws on the books to help local police prevent and stop violence at public gatherings.

City officials said that several cities, including Los Angeles, Laguna Beach and Berkeley, have put in place similar ordinances to protect the public safety and welfare.

At the end of the debate, the Council also approved an amendment which calls for the panel to revisit the emergency law before it expires on February 28, 2022.