As Summer Fades, Beach Volleyball Continues On the Beach in Ocean Park

Beach Volleyball originated in Santa Monica, and has been an Olympic sport since 1996. 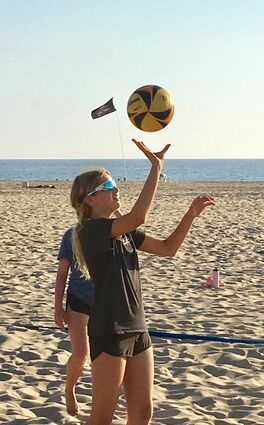 Beach volleyball is a team sport played by two teams of two players on a sand court divided by a net, says Wikipedia.

Beach volleyball most likely originated in 1915 on Waikiki Beach in Hawaii, while the modern two-player game originated in Santa Monica, says Wikipedia. 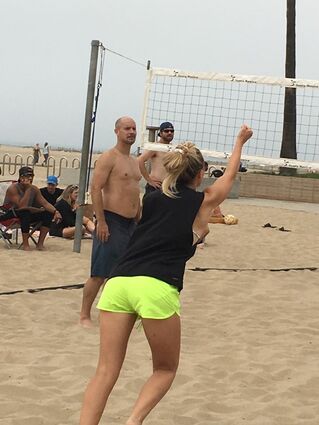 Similar to indoor volleyball, the objective of the game is to send the ball over the net and to ground it on the opponent's side of the court. Each team works in unison to prevent the opposing team from grounding the ball on their side of the court.

But unlike beach volleyball, it's much more difficult to bounce the ball on the ground.

In 2015, The Corsairs beat the El Camino Warriors 3-1 in the final match of the State Men's Volleyball Championship, to win their first state title since 1983 and seventh overall. The Corsairs, who lost the 2014 championship match to Orange Coast in 5 sets, finished the 2015 season with an 18-2 record, winning conference and state.