Monday is Columbus Day, and Los Angeles Courts Will Be Closed, While California State Offices Are Open

The US stock market exchanges will be open on Columbus day, but the Bond market and most retail banks will be closed. 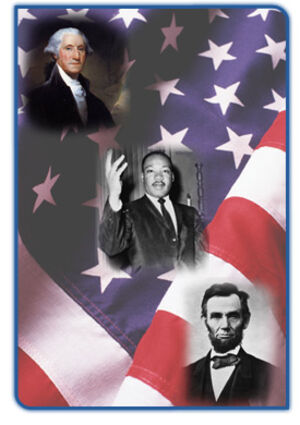 Monday October 11 2021 is Columbus Day. Los Angeles Superior Court's are closed, as are other County offices. US District Courts and all Federal offices will shutter too. But State offices, such as the California Secretary of State and the EDD, will remain open. The US stock market exchanges (NYSE, NASDAQ) will be open on Columbus day, but the Bond market and most retail banks will be closed.

Most banks will be closed on Monday, including Wells Fargo, Bank of America, U.S. Bank and the Federal Reserve System. TD Ameritrade Bank will remain open.

"Columbus Day is the seventh of 10 federal holidays in 2020, with Veterans Day, Thanksgiving and Christmas remaining. Most banks and credit unions are closed, check with your local branch. U.S. Post Office will not deliver mail, post offices are closed. UPS and FedEx are open."

California has renamed the holiday once honoring an Italian explorer, "Indigenous People's Day." The guy did discover a continent, however his treatment of "Indians" was notorious even during his lifetime. Mistreatment of native people's earned Columbus prison time in Spain.

"These are the officially recognized 2021 holidays for which all federal workers receive leave with pay: New Year's Day, January 1. Martin Luther King Jr's Birthday, the third Monday in January. Inauguration Day, January 20 (applies to the District of Columbia Metropolitan Area only). President's Day, the third Monday in February. Memorial Day, the last Monday of May. Independence Day, July 4. Labor Day, the first Monday of September. Columbus Day, the second Monday of October. Veteran's Day, November 11. Thanksgiving Day, the fourth Thursday in November. Christmas Day, December 25. If a holiday falls on Sunday, the following Monday is usually your day off. If a holiday falls on Saturday, it is celebrated on the preceding Friday."