California Normalizes Menstruation "Among all Genders" - by Law

From free menstrual products available in men's restrooms to Critical Race Theory in every high school, Newsom batters California residents with his immense virtue and makes sure we regret the failure of the recall 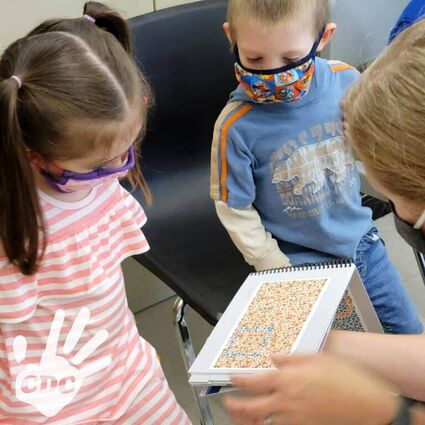 Boys and girls should not learn there is any difference between each other, including such possibly significant matters menstruation and birthing, let alone a few minor issues like breast cancer, prostate cancer, and ovarian cancer

October 11, 2021 If Californians expected their governor to act like the adult in the room when presented with the insane laws approved by the clown show that is the state legislature, they were sadly disappointed over the weekend. Newsom enacted the following new laws that range from the ridiculous to the catastrophic. Buy, hey, remember that they didn't want to recall him.

In ascending order of insanity:

Newsom signed legislation directing the State Air Resources Board to "to prohibit engine exhaust and evaporative emissions from new small off-road engines." In effect, he asked the regulatory agency to ban the sales of gas-powered leaf blowers after January 2024. The rationale for the law claims that emissions from small off-road engines (SORE) were higher in 2020 than emissions from light-duty passenger cars. Strangely enough, most employees were banned from their offices during 2020 and therefore didn't drive. Meanwhile gardeners, who use the leaf blowers, were among the small class of workers allowed to go to their jobs.

If you are looking forward to quieter afternoons without the leaf blowers, think again. They'll still be around, only battery-operated. Is it more environmentally sustainable to build and charge large batteries for the engines than to use gasoline? Who knows, and if you're our woke legislators, you don't care. So long as you look like you're doing the right thing it doesn't matter if you actually are.

Beginning with the 2022-23 school year, all public schools will have to provide free feminine hygiene products related to menstruation in at least half the restrooms. Colleges will have to provide such products in at least one accessible central location. Oh, and menstrual products need to be provided in at least one of the men's rooms. Citing access to menstrual products as a "basic human right" and the state's interest in "promoting gender equity, not only for women and girls, but also for transgender men, nonbinary, and gender nonconforming people who may also menstruate," the State of California says that providing free hygiene products makes school safer. In addition, it will "normalize menstruation among all genders." Because, of course, it isn't only women who menstruate. In fact, there is absolutely nothing that only women can do. Perhaps there isn't even such a thing as a woman.

As Alice-in-Wonderland as this reasoning is, the legislature's financial calculation is even more amusing. With an expected 2.4 percent increase in attendance due to the free hygiene products, there will be a "cost savings due to increased funding associated with student attendance." While it may be true that an individual school may increase funding by higher student attendance, there is not an overall financial savings to the state when kids show up at school.

Is there such a thing as a department store any more? No matter. This law signed by Newsom will require a retail department store with more than 500 employees across all locations to provide a "gender neutral section" with a "reasonable selection" of toys and children's items for display, "regardless of whether they have been traditionally marketed for either girls or for boys." The rationale is that when toys are separated by gender, it is difficult for consumers to compare products. Also, it "incorrectly implies that their use by one gender is inappropriate." Penalties are $250 for the first violation and $500 for a subsequent violation. Attorney's fees and costs may also be awarded. It's very confusing. According the menstrual products law, there is no difference between the genders, so why should it matter if a parent buys a so-called "boy" product for a so-called "girl?" 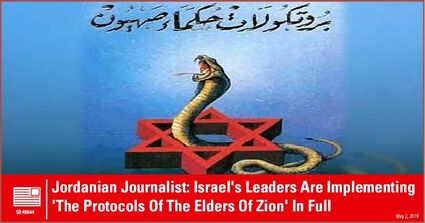 California's new ethnic studies curriculum does not protect Jews - or any group - from vicious mischaracterizations. Here is a warning from a Jordanian journalist that the Jews are about to carry out the Protocols of the Elders of Zion (a fabricated anti-Semitic text still believed to be true by the type of people creating school curriculum)

The "ethnic studies" legislated by the state is just another name for Critical Race Theory. History is taught as a battle between oppressed races and oppressor races, all based on inherited genetics. Certain ethnicities are lionized, others are demonized. Following concern that the model curriculum associated with the law promoted anti-Semitism , the legislature's Jewish Caucus (which might as well be the Aryan Nation), supplied seven "guardrails" to allegedly protect California's Jewish students from previous iterations of the model curriculum that promoted classic anti-Semitic tropes of Jewish wealth and power. But there are no guardrails. Already 20 school districts have adopted the previous model curriculum and more will probably follow as the "Liberated Ethnic Studies Model Curriculum" is already available and is endorsed by the two largest teacher's unions in the state - virulent leftists - as well as by the ethnic studies departments at Cal State and the University of California. Jews are only one group demonized by a curriculum that is both hateful and divisive.

No cause for alarm, just the usual Orwellianization of the children.