Maybe now that a celebrity has been hurt, something will be done to get the mentally ill the help they need 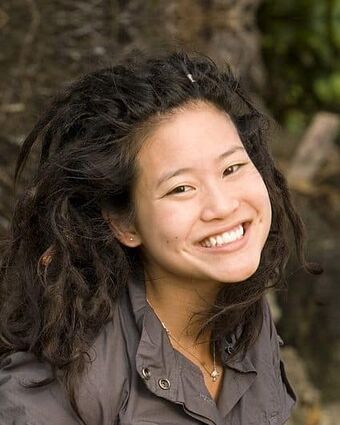 Michelle Yi before the attack and the stitches in her eyebrow

October 19, 2021 - A mentally ill woman from Fresno attacked three people early in the morning on October 14, including a former "Survivor: Fiji" contestant, Michelle Yi. The suspect, identified as Alexandria Diaz, 25, from Fresno, stabbed Yi in the bicep with the blade and hit her on the hand and head with the baton. Yi's Apple watch was shattered, and she had to receive several stitches in her eyebrow because of the blow from the metal baton. Diaz apparently also attacked an elderly Asian man who was walking his dog and another individual.

The assault took place on Arizona near the Promenade, an area known to local business owners and residents to be frequented by vagrants, including the drug addicted, mentally ill, and prostitutes. Yi was approaching the pilates studio where she teaches classes when Diaz came up to her, yelling accusations. Yi reported she heard Diaz say, 'You stole my identity' and 'You're a prostitute.' Yi thought she knew how to handle the situation since "I've dealt with this type of thing before." She told Diaz she needed to leave whereupon Diaz attacked her.

Yi's assault appears to have occurred before police received calls regarding an individual "being erratic," according to Public Information Officer Rudy Flores. He says police received a report of a woman hitting cars with a metal pipe. When police arrived on the scene, they witnessed Diaz attacking a male victim with the metal pipe. They detained Diaz and afterward two other victims came up to the police, including Yi. All the assaults appear to have occurred within minutes of each other.

Yi claims her 911 call to the Santa Monica Police was answered with a recording that all the operators were "currently busy." She and her students flagged down the police car that was already on scene regarding the original Disturbance of the Peace call.

Yi drove herself to the hospital while the two other victims declined medical treatment. 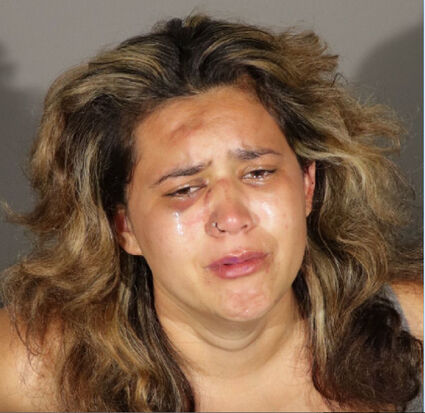 SMPD via the US Sun

Diaz was listed as a Missing Person from Fresno. She'd been missing for one or two days, according to Flores. She was "more than likely off her medication," Flores said, adding she suffers from mental illness but is not homeless. He did not know if she came from a residence or a mental institution.

Diaz has been charged by the Los Angeles County District Attorney with three counts of Assault with a Deadly Weapon, one for each victim. Flores does not know if she remains in custody at this time or is out on bail. Gascon has directed suspects charged with felony assault by means of force likely to produce great bodily injury to be released without bail. This is considered a "non-violent" and "non-serious" crime by the DA. In this case, however, a weapon was involved.