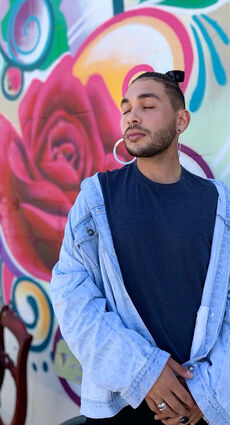 CarolWells.jpg, EvanMeyer.jpg, BarbaraCarrasco.jpg and fei-hernandez.jpg: A live, virtual roundtable discussion featuring Carol A. Wells (founder and executive director of the Center for the Study of Political Graphics), Evan Meyer (co-founder and CEO of Beautify Earth), artist and activist Barbara Carrasco; and poet Féi Hernandez (member of the Advisory Board of Gender Justice Los Angeles) will be held online at 7 p.m. on November 16 as part of the Santa Monica College Public Policy Institute's 2021 (Mostly Virtual) Fall Arts and Cultural Affairs Forum. Details at smc.edu/ppi.

SMC was among 150 institutions selected by the Aspen Institute this week to compete for the $1 million Aspen Prize for Community College Excellence, a recognition of high achievement and performance among America's community colleges.

These 150 institutions stand out among more than 1,000 community colleges nationwide as having high levels of student success as well as equitable outcomes for Black and Hispanic students and those from lower-income backgrounds, said the Aspen Institute in a press release. These finalists have been invited to submit data and narratives as the next steps in the review process, culminating in the announcement of the prize winner in spring 2023.

"For decades, Santa Monica College has centered equity in decision-making with the intention of creating a welcoming environment for all students, one that seeks to continually eliminate roadblocks of systemic racism and socio-economic inequality," said SMC President Dr. Kathryn E. Jeffery. "The college's educators and staff work with dedication and passion to create an educational environment designed specifically to help students persist and excel toward academic and career success."

"The fruit of these efforts is seen in the college's unbroken 30-year record as California's No.1 transfer college to the UC system and in the academic excellence and ethic of care visible both inside and outside this college's classrooms," she added.

Santa Monica College, accredited by the Accrediting Commission for Community and Junior Colleges (ACCJC) of the Western Association of Schools and Colleges (WASC), serves more than 27,400 students. Santa Monica College (SMC) has been recognized as one of the top community colleges in the nation.