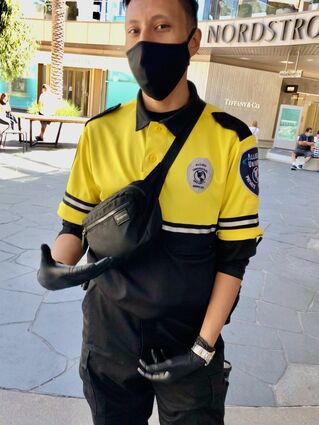 A quick-thinking security guard has thwarted a "potential smash and grab robbery" at Santa Monica Place on Black Friday, said local police who are on high alert due to the recent spate of "flash mob robberies" in California.

At 5:30 p.m. on November 26, the Santa Monica Place guard noticed seven vehicles – containing 28 individuals – park in the fire lane in front of Nordstrom, located in the 200 block of Broadway, said Santa Monica Police Department in a statement.

"Thanks to the keen observation skills and quick thinking of our downtown security services personnel, a potential "smash/grab" crime was thwarted," Batista added.

In the past month, a wave of coordinated smash and grab robberies has plagued upscale stores in Los Angeles, Beverly Hills and San Francisco area, putting retailers and shoppers on edge. 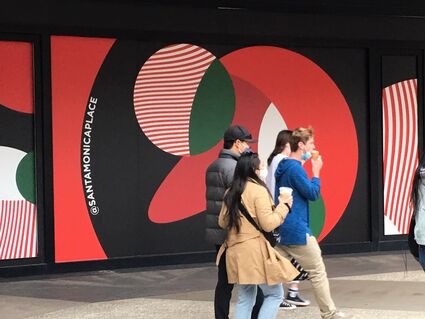 At least 18 people broke into the Nordstrom department store at the Grove Monday night, stealing thousands of dollars in merchandise. On Sunday evening, a group of thieves swarmed the Southland Mall in Hayward on, wielding hammers to smash cases at a jewelry store before grabbing items and fleeing, police reported.

"The success in our city's ability to curb criminal behavior is dependent on our partnership with one another," said the police chief. "Collectively, we are all a part of the fabric of safety that makes up our great city. You are our extra eyes and ears of the community - residents and businesses alike, are a key component to crime prevention."