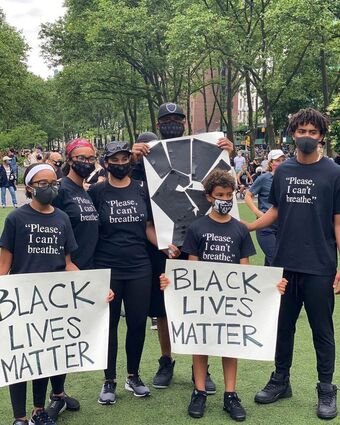 Masks are recommended for any large outdoor gathering, regardless of vaccination status

December 7, 2021 - The third case of Omicron infection has been detected in Los Angeles County, according to health officials. We predict they will stop telling us about each new case detected by the beginning of next week because there will be too many of them. This particular case is in a person who recently traveled in West Africa. The individual is fully vaccinated, as were the other two Omicron cases in the county. Mild symptoms are reported. Of the other two cases, one was also said to exhibit mild symptoms and the other was reportedly improving without medical care.

The immediate response of Dr. Barbara Ferrer, PhD, MPH, MEd, Director of Public Health, to the first case of Omicron was to tell people to get vaccinated. That was the first thing she thought the public should do. She still advocates universal vaccination, but her tune has changed subtly with the two subsequent cases. Today, after the third Omicron case, Ferrer instead emphasized the importance of getting tested.

Testing does not help anyone avoid catching Covid. It might help someone avoid giving Covid to others, but it has absolutely no effect on stopping or curing the disease. It is not something one does to protect oneself. It is done to protect others. Most importantly, it protects Dr. Barbara Ferrer, who will look bad if case numbers go up.

The "critical safety measure," however, is to get tested, according to Ferrer's latest press release. Her criterion for when it is advisable to get a Covid test -regardless of vaccination status - gives further hints as to her true suspicions. One should get tested before travelling and after travelling internationally or in areas of high transmission. In other words, so you don't bring more Covid into the area than she needs to be responsible for. But the last criterion for when to get a Covid test is the most telling: if you have "participated at gatherings and events with large numbers of people." 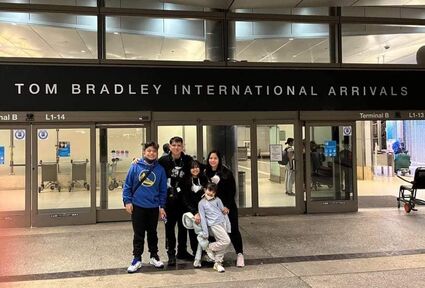 So far, health officials have been able to blame Omicron cases on travelers coming home from afar; that won't last for long

People. Any people. Regardless of vaccination status. Only three days ago, the recommendation was to test if you had participated in "gatherings and events with large numbers of people, SOME OF WHICH MAY BE UNVACCINATED." Notice the difference? Ferrer no longer believes vaccination status is an indicator of being less likely to transmit disease. If you have participated in a gathering with a large number of people - all of whom were fully vaccinated - you should still consider yourself at risk for having contracted some version of Covid-19.

If Omicron does start to spread and becomes the dominant strain of Covid-19 in the county, as Delta did last spring, one wonders how long public officials will hang onto the mandates and orders for people to vaccinate - once it becomes clear the vaccines do even less than before to prevent transmission. We predict they will hold onto them far longer than is rational, as they have already done.

Because there is a totally different motive behind getting the vaccine. It's not to help you overcome it or stop the spread.