National park used to be a hot bath, now it's too dangerous to swim there. 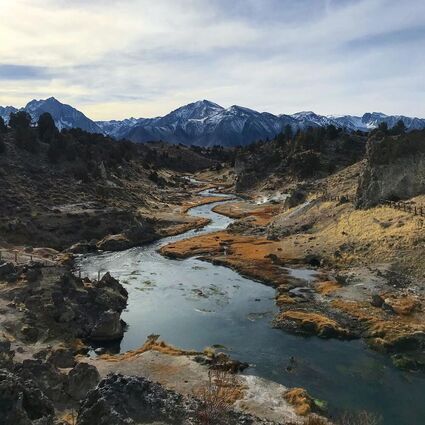 Hot Creek, starting as Mammoth Creek, is a stream in Mono County, within the Inyo National Forest. For years it has been a comfortable place to swim. But this summer, bathers noticed it had become too hot for comfort.

"You used to be able to swim in it," writes one poster on social media. "There were two huge hot springs in the middle of an ice cold river, and you could find a perfect temperature in key places where the hot and cold water mixed. Unfortunately, the spring activity increased some time ago and became unpredictable, and they decided to shut down swimming for public safety (plus, night parties out there had gotten out of hand as one might expect near a ski town.). Still a breathtaking place to go and look at, though."

"The secret was to float, so that your feet didn't get burned by the hot spots. And to sit downstream of everyone else, so that when a hot plume was released, you would be warned by their screams, and have time to get out of the water. This according to Redditor Bodie_The_Dog 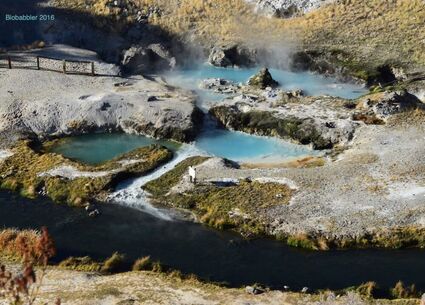 In hydrothermal systems, the circulation of ground water is driven by a combination of topography and geothermal heat sources. The system in the Long Valley Caldera is recharged primarily from snowmelt in the highlands around the western and southern rims of the caldera. The meltwater infiltrates to depths of a few kilometers (or miles), where some is heated to at least 430 °F (220 °C) by hot rock near the Inyo craters.

The heated water, kept from boiling by high pressure, still has lower density than cold water, and it rises along steeply inclined fractures to depths of 0.3–1.25 miles (0.48–2.01 km). It then flows eastward through rock layers to hydrothermal vent discharge points at the surface along Hot Creek and around Crowley Lake. The water temperature declines eastward because of heat loss and mixing with cold water, and in the springs near Crowley Lake temperatures are at only about 125 °F (50 °C).