Is it Omicron or is it Delta? The Headlong Rate of Increase in LA County Cases Over the Weekend Has (Temporarily?) Stopped Dead

The difference matters. Vaccines are less effective against Omicron and metrics should shift to hospitalizations and deaths 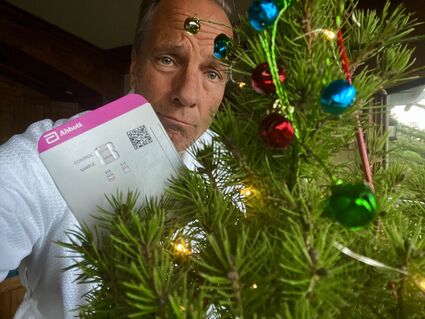 UPDATE: On Wednesday afternoon, LA county health officials announced that, in the week ending December 18, of sequenced samples, 54% were Omicron.

December 28, 2021 - Is Omicron now the dominant variant of the SARS-CoV-2 virus in Los Angeles County? Officials aren't saying so, and it is doubtful if they even know.

On December 23, the California Department of Public Health claimed that 50% to 70% of new cases were Omicron in at least three California health systems. However, as reported by the Los Angeles Times, officials "did not identify" which health systems these were or where. The day before, Wednesday, Governor Newsom said, "We are now tracking well north of 50% of all of the sequenced genomes" as Omicron.

But LA County officials have yet to definitively declare that the recent upsurge in new case numbers is the result of the Omicron variant. December 22 was the last time the County Health Department released the number of Omicron cases identified. At that time, there were only 162 Omicron cases identified amid a total of 6,509 new Covid cases. Oddly, the press release went on to make the claim that the sharp increase in case numbers "reflects the increases circulation of Omicron." Really? But you said only 2.5% of the cases were Omicron.

One might assume that officials were making an assumption, based on the sharp increase in the number of new cases. Perhaps they had only had time to sequence 162 cases to discover the Omicron variant and were assuming the rest. But then, they should have indicated as much rather than make a bold declaration that Omicron was responsible. 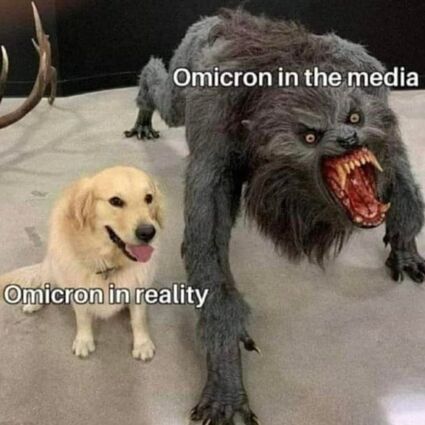 Whether Omicron is as gentle as a labrador retriever has yet to be seen, but there's no doubt that health officials and the media have utilized fear to their own advantage for the past 21 months

The sharp increase in cases, from Tuesday (3,052) to Saturday (11,930) -an increase that had taken weeks to attain last year - initially seemed to indicate that the newer, more transmissible Omicron variant was at fault. But the number of new cases has leveled out since then, in fact dropping to 8,891 on Sunday and then even further down to 7,425 on Monday. Today the number climbed back up to 9,473 new cases. But if Omicron were, indeed, responsible for these cases, one would expect the rate of increase to climb precipitously rather than hover at a stable level. Dr. Barbara Ferrer, Director of Public Health, herself expected to see "well over 20,000 cases a day by the end of the year."

The difference matters. Early data indicates that the Omicron variant is significantly less deadly than the Delta variant. Public health measures should reflect the impossibility of preventing transmission and the relative inefficacy of vaccines. Most of all, such measures should reflect the potentially less serious consequences to the public of contracting this form of Covid-19.