Christmas Day launch of the James Webb Telescope is the most ambitious launch of a probe ever attempted. 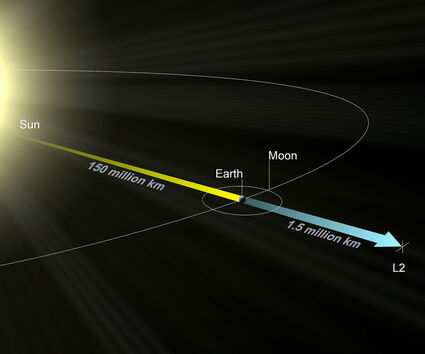 A joint project of the European Space Agency and NASA, on Christmas Day an Ariane Rocket will launch the most ambitious space telescope ever. It will be placed in orbit at a LaGrange point beyond Earth's orbit, where it will hopefully not fall back to the sun or earth. At 46 feet wide by 66 feet long by 20 feet high, the James Webb Space Telescope is the size of a yacht. It will peer into the universe much further than the Hubble Space Telescope ever could. It will also be much farther from Earth and probably beyond the range of servicing.

James Webb was NASA's legendary second administrator. Will it unfold properly and be placed into orbit? NASA calls this three times harder than landing a rover on Mars, because there are three times as many "fold-outs" or steps that have to take place properly. 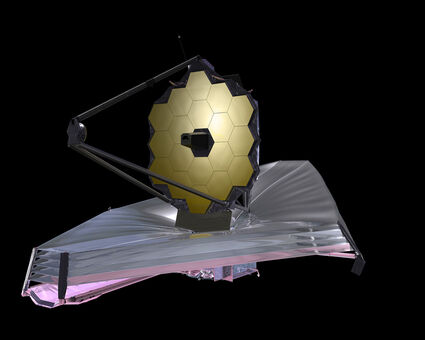 JWST will be located near the second Lagrange point (L2) of the Earth-Sun system, which is 1,500,000 km (930,000 mi) from Earth, directly opposite to the Sun. Normally an object circling the Sun farther out than Earth would take longer than one year to complete its orbit, but near the L2 point the combined gravitational pull of the Earth and the Sun allow a spacecraft to orbit the Sun in the same time it takes the Earth. The telescope will circle about the L2 point in a halo orbit, which will be inclined with respect to the ecliptic, have a radius of approximately 800,000 km (500,000 mi), and take about half a year to complete. Since L2 is just an equilibrium point with no gravitational pull, a halo orbit is not an orbit in the usual sense: the spacecraft is actually in orbit around the Sun, and the halo orbit can be thought of as controlled drifting to remain in the vicinity of the L2 point. This requires some station-keeping: around 2–4 m/s per year from the total ∆v budget of 150 m/s. Two sets of thrusters constitute the observatory's propulsion system.