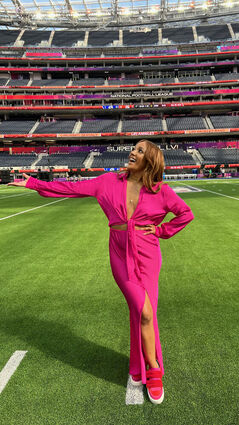 Mickey Guyton will sign the national anthem at the Super Bowl Sunday Feb. 13, 2022

Country Music artists who are black and female are a rarity, and Guyton has said that she has been the subject of discrimination. In 2019, Guyton chose to write music that reflected more of her struggles as a black woman. In early 2020, she released a single that came from those songwriting sessions titled "What Are You Gonna Tell Her?" During this period she also wrote the song "Black Like Me". Based on the book of the same name, the song described Guyton's experiences with racial discrimination.

In 2020, Guyton released the single "Black Like Me", which speaks on her experiences as a Black woman, particularly a Black woman in country music. It was released in the wake of the George Floyd protests and the Black Lives Matter movement. The song helped further elevate Guyton's career and resulted in her first ever nomination at the Grammy Awards, becoming the first Black woman to ever be nominated in the Best Country Solo Performance category.

Guyton also began singing as a child and developed an interest in music around five years old. She often performed in church choirs, notably at the Mount Olive Baptist Church in Arlington. She was inspired to begin a singing career after she saw LeAnn Rimes sing "The Star-Spangled Banner" at the start of a Texas Rangers game.

She moved to Los Angeles after graduating high school to pursue country music professionally while attending Santa Monica College. She studied business and also worked several minumum wage jobs to support herself. Several of the jobs included work as a background vocalist, including an appearance singing in Nick Cannon's film Underclassman.

Additionally, she sang on demonstration records and auditioned for American Idol. Guyton's American Idol audition was cut just before the live shows for the top 24, and she appeared only briefly on television during her final singing performance of the audition rounds.

About her marriage to attorney Grant Savoy, she writes: "We love. We fight. When it’s tough we cry. We slam doors. There are times when we think we can’t do this anymore. But we choose. We choose to love each other through it all each and everyday." 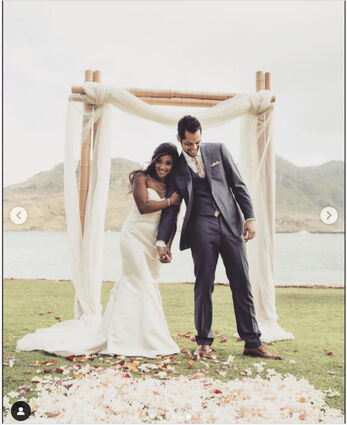 "Marriage isn’t easy and it sure as hell ain’t pretty. But finding someone to love you through all the bull sh*t is one of the most beautiful things you can ever experience. When this man walked into my life I was broken. I put him through hell because I was so hurt. But he persisted and loved me through all of my imperfections and transgressions. He put me on a pedestal that I didn’t think I deserved and showed me I was worth it. He now gives me the courage to be the human and artist that I was always meant to be. It is unrealistic to think that you will find a perfect love. It doesn’t exist. But I only hope for everyone to find someone that will stick by you through the good but more importantly through the bad. Happy anniversary bumblebee!"