Vladimir Putin announces a special military operation to protect Donbas, "any Losses Are on the Hands of Ukrainians who Resist."

Ukraine Braces For a Full Scale Invasion of Russian Troops, as UN Secretary General Begs Putin Himself to "Give Peace a Chance." 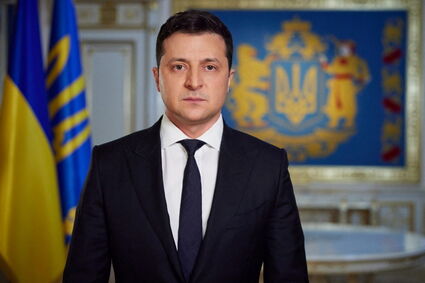 President Zelenskyy says 'we are not afraid' as Putin orders troops to eastern Ukraine.

2.24.22: The wold watched in awe as Eastern Europe teetered on the edge of war, the kind of land war that Europe has not seen for 77 years. Pres. Vladimir Putin announced a special military operation to protect Donbas. Russia's plans do not include occupation of Ukrainian territories," which of course no one believed.

Putin said he would not permit Ukraine to have nuclear weapons, which of course the Ukraine gave up in 1992, in exchange for a guarantee of peace from Russia. From the New York Times: MOSCOW — President Vladimir V. Putin of Russia declared the start of a “special military operation” in Ukraine, pledging he would seek to demilitarize but not occupy the country, addressing the nation in a televised speech broadcast just before 6 a.m. local time.

Mr. Putin said the operation would aim for the “demilitarization and denazification of Ukraine,” referring to the Kremlin’s contention that Ukraine’s military threatens Russia and that it is run by neo-Nazis.

190,000 Russian troops are assembled around Ukraine, as Russia claimed the newly recognized Luhansk and Donetsk republics had asked Russia for military assistance against the Ukrainian armed forces.

A nationwide state of emergency went into effect at midnight on Wednesday. Russia evacuated its embassy staff. The US said the Russian military was ready with a full scale military assault.

Ukraine called up its reservists, and repaired as many tanks as possible. Russia has 1257 fighter jets; Ukraine has no more than 100. 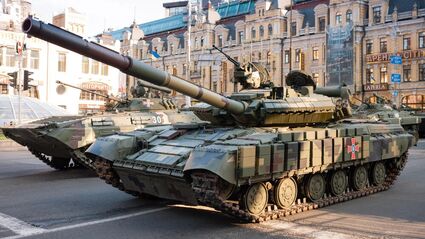 School children in Kharkiv were getting lessons in how to identify unexploded ordinance.

The US predicts a full scale invasion would cause about 100,000 casualties, and create as many as 5,000,000 refugees. Sec. Blinken denied that current events showed a failure of diplomacy, since the entire world is against Russia. "We've been clear Russia will face massive consequences for its actions. And it will. Just yesterday, Germany took off the table a major pipeline that Russia was counting on. Additional sanctions that will make it very difficult for Russia to raise money. We're doing everything we can to deter him, and if it doesn't deter him, Vladimir Putin and Russia will pay a price for a very long time." Blinken told CBS news on Wednesday evening.