The Racial Dynamics of Prison Staff at a California Women's Prison 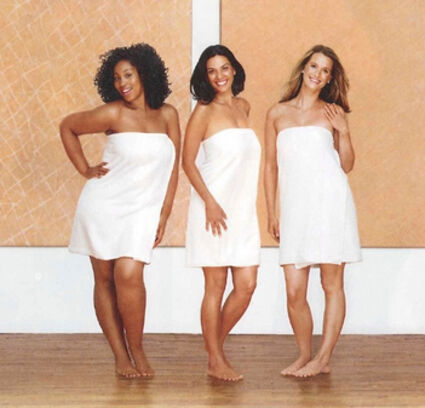 A controversial Dove commercial showed women of varying skin color in towels. The towels part was not the controversy

As the days go by, I never cease to be fascinated by the dynamics of prison staff behavior. I've learned so much about the psychology of human behaviors. And the more I learn, the more I want to know. I've become a bit if a mentalist throughout my prison journey. I'm obsessed with watching people and discerning why they do whatever they do. Prison staff are an endless source of material to study. At first thought you might assume that prisoners might be more interesting to watch. On the contrary, I assure you, prisoners are so irritatingly predictable that I can now tell you what they'll do with uncanny accuracy. Staff, on the other hand, have many more layers of variability due to their positions, pay, jealousy of other staff, fear of others taking their job, etc. I've seen and learned so much. The range of staff behaviors and relationships reveals their thoughts, feelings and belief systems. And, of course, I'd love to share it all with you...

The medical staff, the drug program staff and the correctional officers each have their own separate culture. They all know each other but the culture of each field of work is so different. As you can imagine, some of the behaviors I've seen are so extreme they become toxic. One particularly toxic work environment, on display in front of us prisoners, is the prison drug treatment program. I regularly see one staff member, a white woman, making comments about 2 black female staffers. She seems to not care how this looks. She knows there will be no consequences for this.

I've been in the program almost a full year now. So, I've have a decent profile of its inner workings. This same white woman openly gossips with prisoners about her fellow staff from the treatment program!! The treatment staff have displayed jealousy and fear of each other. It's overly competitive. Many of them rival with each other within the program. My opinion, after seeing this for so long, is the boredom that comes with this particular job leads those women to allow their idle time and energy to stew and focus on their peers. I've seen some very overtly unprofessional stuff. The energy and attitudes between them is almost always negative. Comments about each other almost always negative. No effort to hide it.

Correctional custody staff. The majority of them are good people just making their living and doing their best to follow the rules, mandates, etc. The sticking point comes when push comes to shove. Each race returns to their racial corner of the room.

Almost 4 years ago we had a Capitan who ran the Beyond Violence program. A black Capitan. She is an open lesbian. She looked to be in her 60's. So, one day, a young, ROOKIE, Latina correctional officer reported to the Beyond Violence Program trailer. This is where women take the class called Beyond Violence. In this class, we process extremely sensitive subjects and share hard personal stuff. It's a confidential setting. I graduated the program in 2018.

So, the Capitan would not allow this young, new, officer to barge into the classroom. She was looking for a prisoner. She was attempting to interrupt the class in progress. Keep in mind, this black, female Capitan has had years of time working in the Califonia prison system. So, she knew what she could and could not do. The Capitan stood and physically denied this officer entry to the classroom's door. This young officer activated her personal body alarm! This causes backup officers to respond. Let me be clear, THIS OFFICER ACTIVATED HER PEROSNAL ALARM ON A FELLOW STAFF MEMBER! The same alarm you would hit if you were being assailed by an inmate!! The alarm activation means it is an emergency. SHE HIT THE ALARM ON THE CAPITAN!!! This IS THE ONLY time I've known this to happen in all of my prison experince. 17 years.

So, this matter was placed under investigation. The black Capitan was put on leave while the Latina officer worked the yard as normal?? What do you think was the outcome? The black, female Capitan was forced into early retirement over this!! That rookie officer still works here. So, what happened? The unbalanced ethnic makeup of the correctional staff overall and little black support in the high ranking administration staff is what happened. Everybody went back to their roots. This was a big scandal when it was in progress. Her forced retiremen was a big loss for this institution and for women's ability to benefit from the program.

Prison staff will remain overwhelmingly Latino. This is due to the ethnic makeup of California. However I'm wondering if anybody else sees all this. I'd hate to be a staff member in a jam. Unless, of course, you happen to be Latino.