97.9% of the members of the Association of Deputy District Attorneys voted to support Gascon's recall 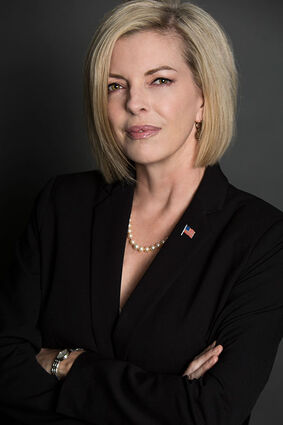 Michele Hanisee, President of the Association of Deputy District Attorneys

February 22, 2022 - The Association of Deputy District Attorneys, representing over 800 prosecutors working in the county of Los Angeles, voted today to support the recall of their boss, Los Angeles County District Attorney George Gascon. In a vote with 83.3% participation, the highest level of any previous ADDA election, 97.9% of respondents elected to support his recall.

The ADDA had asked Gascon to meet with them and explain why they should not vote to recall him, but he refused the meeting. Since taking office in December, 2020, Gascon has drastically changed the policies and goals of the district attorney's office, hiring criminal advocates and members of the Public Defender's Office to high positions on his staff and instituting policies that largely let criminals go unpunished.

Below is the press release from the ADDA:

Los Angeles, February 22, 2022 – 97.9% percent of the front-line prosecutors tasked with implementing George Gascón's policies voted to support his recall. The vote came after Gascón refused an invitation to address the prosecutors of his office to explain and defend his policies and provide his arguments why he should not be recalled.

"This vote is by those who are intimately familiar with how Mr. Gascón's policies actually play out on a day-to-day basis. We believe the vote of our members will resonate with the voters of Los Angeles as they decide whether to recall Gascón from office and restore public safety as the priority of the District Attorney's office," commented ADDA President Michele Hanisee.

Mr. Gascón previously participated in a scripted meeting with Public Defenders. Since taking office, the District Attorney has refused to speak directly with deputies to explain his policies. 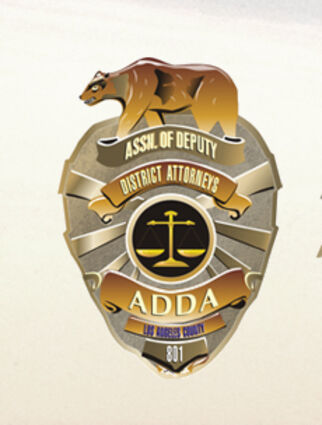 "Over a year ago, Gascón began a massive social experiment by redirecting prosecutorial resources away from enforcing the law while simultaneously ignoring large portions of the penal code. The result is an emboldened criminal element that knows the DA will not hold criminals accountable. This experiment needs to end," said ADDA VP Eric Siddall.

This ADDA vote occurs after more than 30 cities within the County of Los Angeles have issued votes of no confidence in the District Attorney. In addition, multiple cities have begun the process of seeking to prosecute misdemeanors within their jurisdictions due to the policies of the District Attorney, prosecutions currently handled by ADDA members.

This Orwellian (so-called) prosecutor is openly on the side of criminals. Their victims mean nothing to him. I don't believe he was legitimately elected due to his openly bizarre belief system. How could a majority agree with it? I don't think they did.

Who gets to keep their job when 98% of the people that work for him vote to have him removed from his position and 30 cities declare his policy changes an utter failure? Who gets to pass one edict after another, refusing to explain these disastrous changes to his subordinates, and remain in his position? I don't care what side of the political aisle you're one; EVERYONE wants safe streets and neighborhoods for their families. If George Gascon is not recalled, then the election was rigged. It's that simple. I have more faith in the good sense of the people of Los Angeles County who can't possibly want more lawlessness, disrespect for the rule of law, and skyrocketing crime created by the insane George Gascon.