Why Are the Russian Armed Forces Underperforming So Badly in Ukraine?

Over the next 72 hours, we are likely to see a lethality race. The West will race more weapons and precision munitions into Ukraine. 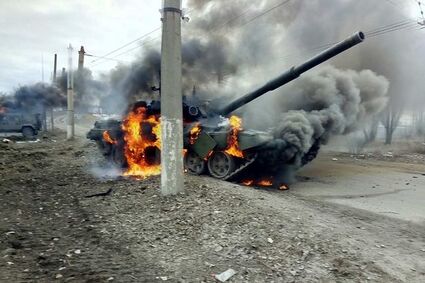 Four days since the invasion began. In the past 24 hours, we have seen limited Russian progress according to multiple sources. My 4th set of observations, noting the ongoing lack of clarity & abundance of ambiguity. 1/24

3/24 According to @danlamothe, the latest background briefing at the Pentagon described how Russia now has 'about two-thirds of its combat power initially arrayed at the Ukrainian border in the fight'.

5/24 According to other sources, the Russian defence ministry has ordered units to resume their offensive from all directions after a "pause" on Friday for possible negotiations with Ukraine.

6/24 We are at a critical juncture of the Russian campaign and the Ukrainian defence. Over the next 72 hours, we are likely to see a lethality race. The west will be racing to get more weapons and precision munitions into Ukraine.

7/24 Russia will be racing to achieve some form of tactical breakthrough. This has eluded them so far. Their tactical operations and influence campaign have failed to yield significant results. The most significant outcome has been hardening Ukrainian resolve and Western support.

8/24 As a result, we may see a step up in the level of ferocity and firepower from the Russian forces. As @kofmanmichael has noted, 'we've seen a shift in Russian targeting towards critical civilian infrastructure, greater use of MLRS, and artillery in suburban areas.'

9/24 Combining this with the potential for urban operations in and around Kyiv and other cities, we may see a greater Russian tempo of operations and the commitment of more forces. These are brutal operations that absorb massive amounts of military personnel.

10/24 Urban operations are also difficult to coordinate, full of friction, & result in significant civilian casualties. This is heightened if civilians, using Molotov cocktails, are treated as combatants by Russians. More on urban operation at @antkingbruce and @spencerguard

12/24 Concurrently, there is the issue of the Russian offer of negotiations. My sense is that Russia is in a weaker position for such talks than they were last week before invasion. The Ukrainians have called the Russian bluff.

13/24 What can Russia ask for that it hasn't been able to take by force?

14/24 The Russian call for negotiations may be a ploy to gain time. Russian diplomacy before the invasion was designed to coerce the Ukrainians as well as buy time.

15/24 The Russians may use negotiations to buy time to deploy additional ground forces from the periphery of Ukraine, as well as sending air, ground combat, air defence, artillery and other forces from more distant garrisons.

16/24 They may also use negotiations to give Russia time to step up industrial production to replace depleted stocks of precision weapons. And fix their logistics on the ground.

17/24 Also playing into the negotiations is that Putin probably knows (if he is being briefed accurately by advisors) that this isn't going well, and he has to salvage his domestic position.

18/24 I need to mention the nuclear question. There has been a lot of reporting about Russia's nuclear posture. 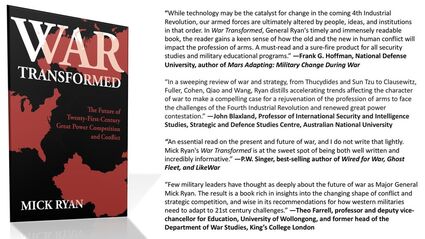 Want to understand how nations, including Russia, use military power in the 21st century? My book, War Transformed (@USNIBooks), was just published. It explores military trends, and what these mean for us all. USNI - http://ow.ly/rPaE30rU1kf Amazon - http://ow.ly/1qS330rU1ki

19/24 However, Russian doctrine and their normal practice is to mention nuclear weapons. While we can't ignore this issue, we should not over-react. This is a useful precis from @RANDCorporation on Russian military doctrine and the role of nukes: http://shorturl.at/bghkC

20/24 Finally, there is a long way to go in this campaign. We should not discount a change in the Russian operational approach that might lead to greater success.

21/24 So far, they have been unimpressive. As @kofmanmichale writes, 'the Russian op is a bizarre scheme, based on terrible political assumptions, with poor relationship to their training & capabilities.'

22/24 As they showed between 1st and 2nd Chechen wars, the Russians are capable of learning, adapting, and improving their tactics and operational approach.

23/24 But the Ukrainians are also learning. In war, as I note in #WarTransformed, this adaptation battle is constant. The side that adapts faster & better wins. So far, the Ukrainians are demonstrating more proficiency is this part of the profession of arms than the Russians.