St.Petersburg Police Detain Well-known survivor of the Siege of Leningrad Yelena Osipova at an anti-war protest

7000 Protestors have been arrested on the streets of Russian cities, for protesting the invasion of Ukraine 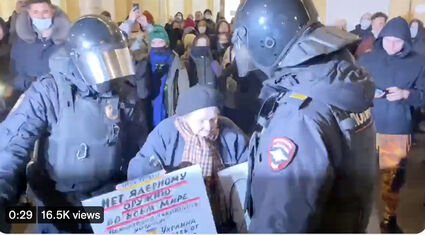 In St.Petersburg, Russia, the police detained a well-known survivor of the Siege of Leningrad at an anti-war protest. At 76, Yelena Osipova was born during the siege, which ended in 1944. She is among 7000 people detained by the police while protesting the Russian invasion of Ukraine. 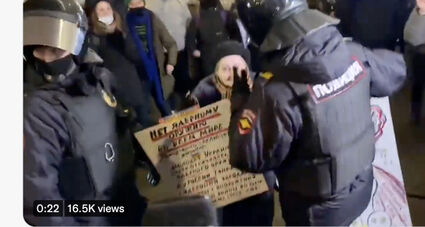 "Even the officers seemed to be relatively respectful/gentle with her, as well as the others keeping many protesters from jumping on the officers while, while commendable could've caused her to be injured," said one Redditor, referring to Yelena Osipova.

"A non-generous viewing might be that she's too publicly known to just be disappeared without outcry," wrote another.

"Seems like they may or may not have agreed with her and were just "following orders."

"I hope to god that this is true. This woman needs to be protected at all costs," says a 4th.