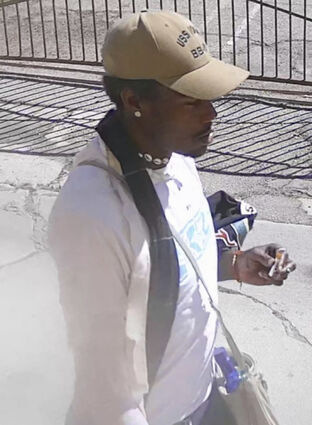 Authorities are seeking the public's help in finding a man who allegedly set a series of trash fires in the Venice area last Saturday.

The suspect is described as a Black man between ages 25 and 35, standing about 6-feet tall and weighing approximately 185 pounds, Los Angeles Fire Department said in a statement released on Tuesday. The suspect has a thin build, thin mustache and an earring in his right ear. He was last seen wearing a white shirt with a blue design, blue pants, black croc shoes, multiple rings, a shell necklace and brown USS Iowa ball cap.

According to the LAFD Arson Unit, the suspect set several trash fires on Flower Court between Sixth and Seventh avenues before heading westbound and setting additional fires on Paloma Court between Pacific Avenue and Speedway on February 26.

LAFD Investigators are working closely with officers from the Los Angeles Police Department's Pacific Community Station to canvass the area in the search for this suspect.

The Los Angeles Fire Department has released an image of the suspect and urged anyone who recognizes him to call the Crime Stoppers Hotline at (800) 222-8477.