Downtown traffic has been intense since the structure's closure 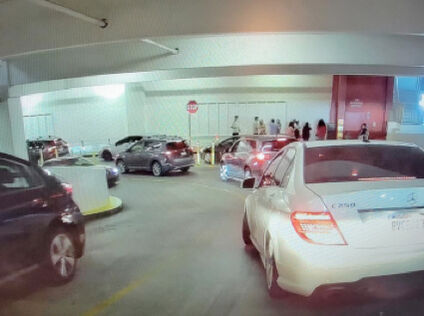 March 3, 2022 - Yesterday the California Court of Appeal ruled against a property owner's group to allow the City of Santa Monica to demolish Parking Structure 3 on 4th Street in downtown Santa Monica.

The parking structure has been a bone of contention between merchants, property owners, and residents on the one hand and the social-justice-minded Santa Monica City Council on the other. The city government intends to demolish the garage, which holds 336 parking spaces, and build supportive housing. The Housing and Urban Development Agency defines supportive housing as that "to assist homeless persons in transitioning from homelessness, and to ... enable homeless persons to live as independently as possible."

The Santa Monica Bayside Owners Association sued the City to halt the demolition and change in use of the building. They won an injunction against the city to halt demolition pending an appeal of the loss of the underlying lawsuit. After temporarily losing the injunction due to a missed filing deadline, it was reinstated last month.

However, in a one-sentence ruling, the Second Appellate District, Division Seven of the Court of Appeal of the State of California denied the SMBOA appeal. "The petition for writ of supersedeas filed by appellant on February 8, 2022, as well as the oppositions filed on February 25, 2022, have been read and considered. The petition is denied." 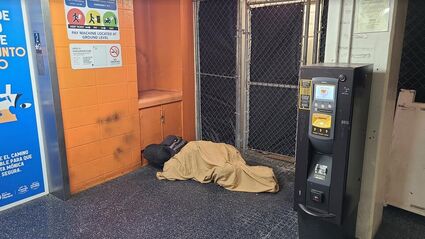 The homeless are already making the downtown parking garages their de facto homeless shelters, using the stairwell and elevators as bedrooms and bathrooms, and occasionally setting fire to the structures with their drug use.

The city already closed the garage, just prior to Super Bowl weekend, since the injunction did not prevent them from refusing the operate the garage. Traffic in downtown during that weekend, caused in large part by the lack of parking, was reportedly at a standstill. A traffic and parking study commissioned by downtown property owners and merchants concluded that "closing Garage 3 negatively impacted traffic congestion by removing the opportunity for cars to exit 4thStreet in the 1300 block." A parking study from December 2021 claimed "The 2017 Community Plan conducted in 2016 that including a parking occupancy review shows that Garage 3 clearly leads all other garages in utilization during all hours and days surveyed. This review, conducted in 2021, again shows Garage 3 has the highest utilization during all hours of operation."

Thousands of residents signed an online petition opposing the demolition, which is likely to proceed immediately.

John Alle, one of the property owners opposing the garage demolition, said, "We will remain positive and strong, and laser focus on a multitude of additional issues that affect us," adding, "November Council elections are close at hand, and the election will have consequences for those who bypassed so many other City-owned land parcels better suited for homeless housing, including the vacant multi-acre site directly across the street."