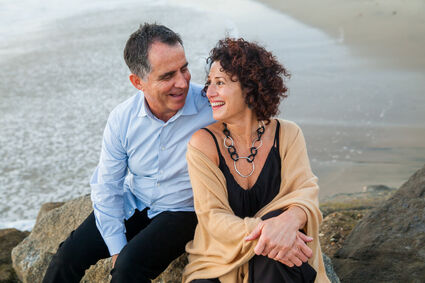 Michael Edward Morrisette, age 61, passed away from complications of Covid-19 on February 14, 2022 at Torrance Medical Center. He was surrounded by family and at peace with his end, which came after six grueling months in the Intensive Care Unit struggling to overcome odds that eventually became overwhelming.

Some people affect the lives of the public in very public ways, elected to office or presiding over large corporations. Others are no less influential although they may not have names that are widely recognized.

Michael Morrisette was one such person. Known to some as the General Manager/Partner of the Strand House in Manhattan Beach with a talent for hospitality and beautiful presentation, he was known to others as an inspiration, a mentor - the person who could make those he interacted with better people themselves. Michael greeted his neighbors by name - he always remembered names - and no one was ever a stranger to him.

A little over a year ago, for his 60th birthday, Michael's wife, Prissi Cohen, asked friends and associates to send letters relating how Michael had touched their lives. She thought she would receive only a few replies. She received over a hundred letters. The accounts in them shocked her since Michael himself had not told her, and probably had no idea, he had such an influence on others.

The excerpts below give some idea of the impact Michael had on those whose lives intersected with his:

"You swept in to guide me, even when you didn't need to, selflessly, patiently, and full heartedly." (former mentee)

"Your patience pulled me through all the trials and tribulations, and made me confident." (former mentee)

"You are the kindest soul I know and just being around you is a blessing." (friend)

"You took a chance on a 21 year old kid with only 5 months of restaurant experience...that kid got to live his dream of becoming a restaurant owner." (former employee)

"You were the father figure that I never had in my life." (family friend)

"While I was dealing with chemo, your offer to provide incredibly wonderful Strand House meals, tailored to my condition, personally delivered to my door, was an amazing act of kindness." (customer)

After Michael's death, a former server at the Strand House told his widow that when she'd been let go during the pandemic lockdown, Michael had reached into his pocket and handed her his own $100.

That's who Michael was. 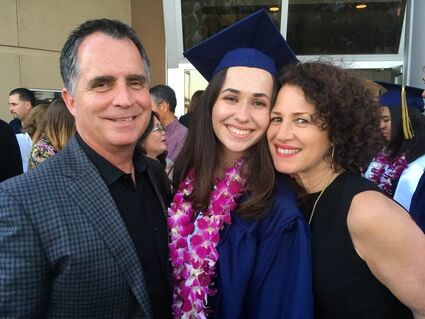 Michael Morrisette with his family at his daughter Tillie's graduation.

Born in Eugene Oregon, December 19, 1960 to Janice and William Morrisette, Michael was the seventh of eleven children. He grew up in Springfield, Oregon where his parents co-owned and managed the Potlatch restaurant. Michael held management positions at several Los Angeles-area restaurants, including La Cachette, Café del Rey, and Maple Drive. He helped open Melisse in Santa Monica, which was rated the #1 French restaurant in the area.