She was bombed in Odessa harbor, where she awaits what could be an amphibious invasion by Russian marines 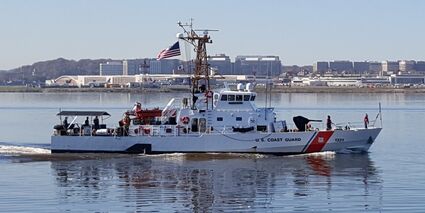 A Russian aircraft reportedly bombed and sank one of Ukraine's Island-class patrol boats. P190 Slovyansk was formerly known as WPB-1321 USCGC Cushing. She was given to the Ukrainian navy in February 2019, along with USCGC Drummond which is now P191 Starobilisk. 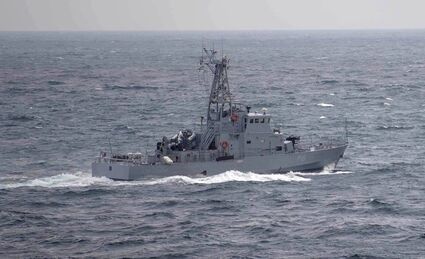 She was bombed in Odessa harbor, where she awaited what could be an amphibious invasion by Russian marines.

P190 Slovyansk displaces 168 long tons. She is 110 feet long; about 34 meters. Her crew totaled 16 men, including 2 officers. She was armed with two .50 caliber M2 machine guns and one 25mm Mk38 autocannon. Her two diesel engines could deliver 28 knots, about 32 MPH, a considerable speed for a warship.

On 27 September 2018, ownership of Cushing and USCGC Drummond were formally transferred to Ukraine, after their retirement from the United States Coast Guard. The two vessels were shipped, as deck cargo, and arrived in Odessa a year later, on 21 October 2019.

The patrol vessel was renamed after the Donbass city Sloviansk. This name perpetuates the memory of the fallen defenders of Ukraine, natives of this city - sailor Roman Napriaglia, senior sailor Sergiy Mayboroda.