Money supposed to be used to overthrow Ukraine government was instead used to refurnish 2 FSB chiefs apartments. 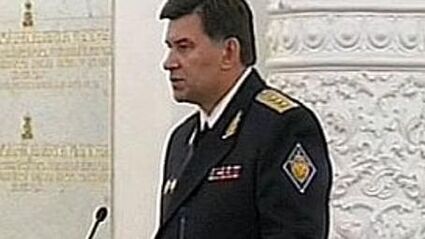 You may have heard that Vladimir Putin arrested Sergey Beseda, FSB Chief of Foreign Intelligence, and his deputy Chief of Foreign Intelligence. It was assumed in the West that this was because both men had provided incorrect assessments of the welcome Russian troops would receive in Ukraine. Turns out it's about something far more mundane: the corrupt misuse of government funds.

"The arrests seem to be connected to literally billions that were spent by the FSB on recruiting against in the Ukrainian government, military, security services, universities etc, to help with the coup that was meant to give Russia control of Ukraine. instead they bought "dead souls" and stole the money." This from Christo Grozev, a Russian journalist in the Czech Republic. He knows because he actually telephoned Beseda's house and asked, Grozev posted on Twitter.

From the Times of London, on 3/10/2022: "A Russian spy chief is said to have been placed under house arrest in a sign that President Putin is seeking to blame the security services for the stalled invasion of Ukraine. Sergey Beseda, head of the FSB's foreign intelligence branch, was arrested with Anatoly Bolyukh, his deputy, according to a leading expert on the Russian security services."

Sources within the FSB have confirmed the arrests of both men. And yes, the charges could be trumped up and the arrests could have been for other reasons.