In state prison, ice is worth as much as street drugs. 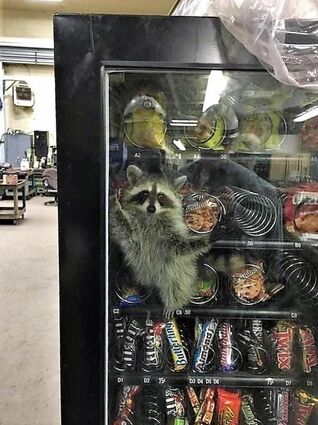 This furry burglar had to get freed by animal control

She's been caught red handed. She recently received a whopping 5 year rollover from the CA Board Of Prison Terms, on her life sentence for murder. That would humble most people. It didn't faze her. She's a pill popper, among other things. Now she and her transgender girlfriend and roommate, who used to be a man, both life prisoners, broke the lock off of the ice machine in my housing unit. Of course, in full view of the camera surveillance system only feet away. Clearly, she's a dumb ass.

This is my third time telling you about the Pill Popper's antics. As I said last time, The Board Of Prison Term's decision to roll her ass over 5 years is absolutely proof that the system works! Those parole commissioners ain't stupid. They saw through her lying and attempts to manipulate. They detected the BS. She literally cried at her disciplinary hearing, because she, they got caught by the camera system. She's lost that position as the white Inmate Advisory Council representative for my housing unit. She's no longer qualified to be chair of the PURR Prison Cat program. So she's out. Both positions she exploited to access things she used to trade for pills and drugs. These are positions of trust. She abused them.

As I move further along in my recovery journey, my view of women who behave this way has changed. I no longer have patience for this kind of BS. As a life prisoner myself, I know how much genuine effort and fundamental change it takes to be worthy of getting your freedom back. This stuff is no joke. In most life sentence cases, there has been some loss of life. In my case, I seriously injured my sister. Either way, we ruined lives. Working your way back to being among society requires serious, gut level and painful soul searching remorseful honesty. You must go all in, holding nothing back. Honoring our victims with all that we do. See, the pill popper, makes a mockery of all this.

I do pray for the pill popper. As a Christian woman, I get no joy from watching this woman sabotage herself. Hopefully she finds her "rock bottom" soon. Turning 50 in state prison is not it. She'll now be in her mid 50s before she's up for parole again. 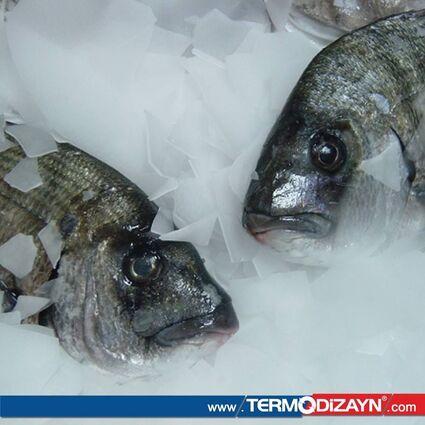 Prison inmates are not using ice for this purpose, but it is said to keep fish fresh longer

Let there be NO doubt. This ice machine break-in is the talk of the prison yard by both staff and inmates. This incident will now be infamous. So, why break into an ice machine anyway? In state prison, ice is worth as much as street drugs. Yes, I'm talking about frozen water. Which is why mainly it's the drug dealers that are the only ones who can afford it. Anyone with access to ice can then use it as currency to trade for literally anything. Including the drugs they want. In this environment, ice is king. This is the cause for desperation to break into an ice machine, knowing you'll be busted when prison officials review the camera footage. She gambled that the prison staff would fail to look at the footage. She gambled wrong.

This is equivalent to the smash and grabs happening across our country. Well, now you see why this junkie has been on my radar...