The Macbook has an uncracked screen and may still work, Ukraine Army soldiers reported from Irpin North of Kyiv. 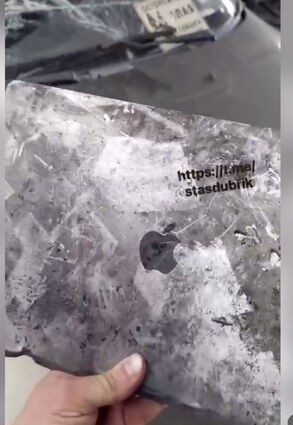 A dead Russian soldier in Irpin, Ukraine replaced the Kevlar in his vest with a stolen MacBook

A Russian soldier killed in Irpin, Ukraine replaced the Kevlar in his vest with a stolen MacBook. It didn't work out too well for him, apparently. Or for the Macbook, which still has an uncracked screen and may still work. 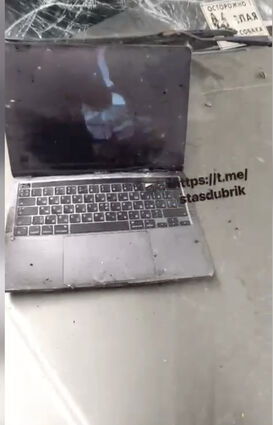 A dead Russian soldier in Irpin, Ukraine replaced the Kevlar in his vest with a stolen MacBook

Russian conscripts and other soldiers were told that they were fighting "Nazi's" in Ukraine. In at least one town North of Kyiv, Bucha, they shot hundreds of civilians, mostly men, as they were pulled out of the town after about 5 weeks of fighting. Russian troops are very poorly supplied and are noted to be hungry.

"Tim Cook: We need a new warning on Apple products: To Russian soldiers when looting and marauding please be advised that Apple products are not a replacement for Kevlar and will not stop bullets," tweeted Rick.

"They are conscripts from poor oblasts that can't get into university to have their service deferred. Yes, they are the least intelligent and poorest Russia has to offer," read one comment on Twitter.

"Absolutely devastating news. What a shocking loss of life. That macbook had such a bright future," tweeted Anton Dyki.

"Well its probably not covered by the warranty," tweeted John Rodriguez.

A video of the MacBook was posted to social media network Telegram at: https://t.me/stasdubrik/9284