"Many are trying to avoid conscription, but it is difficult to leave the peninsula, and it is dangerous to surrender," says Pravda 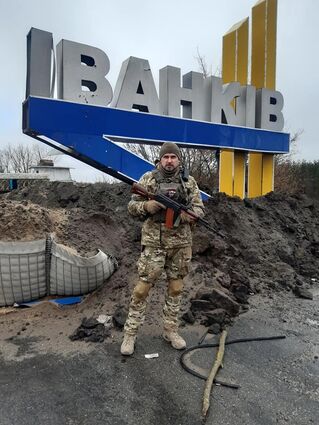 Ukrainian soldier Oleg Sentsov was imprisoned by Russia for 5 years for protesting against the annexation of his native Crimea. He almost died during a 100+ day hunger strike. The Russians freed him in 2019.

What is the situation in Crimea today? It is a closed military zone, and during the Ukraine Russia war little information has come out. According to one source, from the native Crimean Tatar group, Russian army deserters are shot. Commanders don't report their war dead, so they can pocket the soldiers families' death benefits.

The following is from Ukrainian Pravda. As you no doubt are aware, it's wartime and such reports should be read with a little skepticism. On the other hand, the following does make sense given the Russian Army's tendency to untruths and corruption.

People abducted by the Russian military in Ukraine are brought to Crimea, on the occupied peninsula the Russian Federation underestimates the number of deaths, water from the Dnieper to Crimea is not yet flowing, but property stolen from Ukrainians is being brought for sale.

Source : Mustafa Dzhemilev, one of the leaders of the Crimean Tatar people, on the joint broadcast of Ukrainian TV channels

Direct speech : "In Crimea, the same military psychosis as in Russia, but, apparently, with some peculiarities. Yesterday I was informed that all institutions, enterprises, schools, school principals were instructed to regularly write posts on their Facebook in support of Putin, in support of a "special operation." And the FSB is closely monitoring the implementation of the plan.

There is information that the corpses of soldiers who were mobilized from Crimea are coming in, but they (the authorities) give reduced numbers about the losses of soldiers, but with a pragmatic goal: certain funds are allocated for each soldier - if there is no person, these funds end up in the pockets of the command, so the numbers greatly reduced." 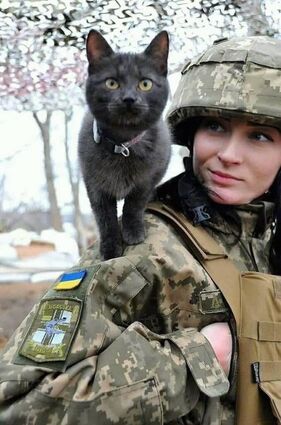 A cat on the shoulder of a Ukrainian soldier.

Details : According to Dzhemilev, many are trying to avoid conscription, but it is difficult to leave the peninsula, and it is dangerous to surrender, because "Wagnerites" and "Kadyrovites" are behind them, who shoot deserters.

In the meantime, many prisoners were transferred from pre-trial detention centers - and now they are filled with "arrested" from the occupied territories of Ukraine: Melitopol and Kherson region.

Crimea is an isolated peninsula, almost an island that juts out from Ukraine into the Black Sea. It belonged to Soviet Ukraine, and to Ukraine from independence in 1990 until 2014, when the Russian army marched in. Today, Sebastopol "is the fastest growing City in Russia," says RT.Com.