Illicit Drugs Everywhere: The Prison Is Flooded With Drugs

My last two stories were drug related. So you probably sensed there was an elephant in the room. It's unfortunately true. Here we go again. Street drugs are prevalent once again inside these walls. I thank God that I'll have 6 years clean in May 2022. The prison is turning into a zoo. Many, many of my peers are on drugs! The dealers are in the two worst housing units. I also thank God I don't live in either of those buildings. The evidence is clear. Already more fights and more alarms from staff having to respond to the violence. The other day there was a big fight that began over a drug debt in one of those units. This fight caused the yard to shut down for several hours as all available officers were needed to respond to the melée. It reminds me of the old days back in 2013 when drugs ruled and chaos ensued.

It's not cool or fun to use drugs these days! Selling or using drugs comes with a major risk. Death. Fentanyl!! Someone could die. Someone else could be charged with their murder. Even if the dealer didn't know the drugs contained Fentanyl! That is one sobering fact! I mean that quite literally. Who the hell would want a part of it? 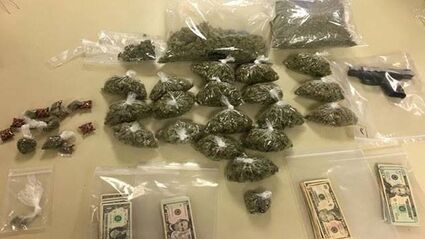 I go to drug treatment 3 days a week. I'm also in leadership at the Narcotics Anonymous meetings Thursday evenings. So I am able to be in the know without being in the mix of it. Actually, I have been clean and out of the drug game so long that I no longer know any of the people in the drug game personally. I am an outsider! It feels good. All of my people, places and things have long changed. My time as an active drug user is old news to many. Not to me. I have a healthy respect for my addiction. I'll never underestimate it's ability to trick ones mind if I let my guard down. Addiction is patient and it will always take you back.

The drug dealers have far more responsibility than their clients. I have watched drugs ruin lives my whole 17 years in prison. While prison dealers became rich as people drain their families' bank accounts. It's sad. So I have little sympathy for them when they finally land in the hole with new charges!