Much of Russia's Air Force Appears to be Made of Styrofoam. Yes, that's right. Fake planes.

Russia had claims to have 1200 fighter jets before the Ukraine war. If that's true, where are they? 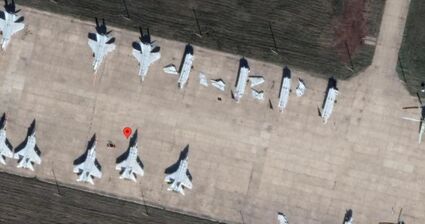 Much of Russia's Air Force Appears to be Made of Styrofoam. Yes, that's right. Fake planes. 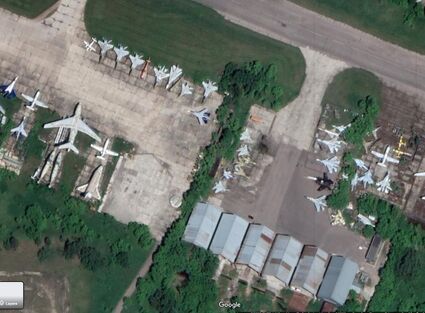 An old Buran (Soviet-era Space Shuttle) and other superseded fighters, all made of styrofoam.

Russia had said it possessed over 1200 fighter jets before the Ukraine war (in contract with Ukraine, which had around 90 aging Soviet fighter planes when the war began on February 24th). Yet no more than 200 appear to have been put into the skies above Ukraine, which after all is a make or break battle for the Russian Armed Forces. So where is everybody?

At the conclusion of the Cold War, CIA analysts were forced to confront the fact that they had consistently over estimated both the numbers and quality of Soviet land, sea and air forces. Perhaps that's how guys like Russian President Vladimir Putin wins wars.

What if Russia doesn't really have 900,000 men under arms? After all, they've only put about 150,000 into the existential battle of Ukraine. Perhaps the number of soldiers is exaggerated so Russian generals can pocket salaries. That's how Afghanistan's army apparently operated as well.

It is not clear when or precisely where the photos were posted, but they are said to be near Belgorod Russia, and taken in the last 2 weeks.

While maybe not conclusive it definitely looks suspect!