Like any self-respecting New Englander, North American turtles have a distinguished taste for crustaceans 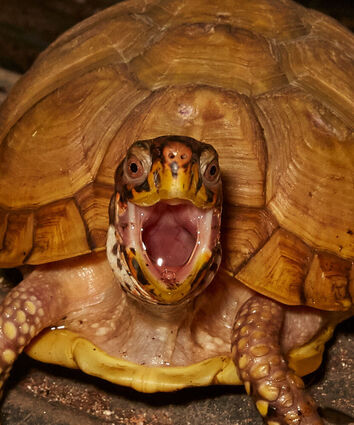 Welcome to the 10th annual International Turtle and Tortoise Week™! In honor of 10 years of this turtle-ly awesome shell-ebration, we are paying homage to the theme that started it all: turtles around the world!

We're partnering with the Turtle and Tortoise Preservation group to highlight turtles and tortoises from a different continent each day, starting with North America today.

North America is known for many things, from cold winters and delicious lobster on the East Coast to the chill attitude and 365 days of sunshine on the West Coast. People from coast to coast may be different, but one thing that unites us all is the interests and behaviors of North American turtles.

Like any self-respecting New Englander, North American turtles have a distinguished taste for crustaceans, and while they don't typically encounter lobster, they often chow down on shrimp, prawns, and any other tasty morsel that comes their way. These North American turtles can also tolerate harsh winter conditions by hunkering down at the bottom of a lake or by digging down into the dirt.

North American turtles also have lots in common with West Coasters and those from sunny California. They never waste a sunny day not basking in the sun and are known for their "every day is chill" attitudes.

There are over 50 different turtle and tortoise species that are native to North America.

There are only 4 land tortoise species naturally found in North America.

The largest land tortoise in North America, the Bolson's tortoise (Gopherus flavomarginatus), was not described as a distinct species until 1959.

The Alligator Snapping turtle (Macroclemys temminckii) is the largest freshwater turtle in North America. Adults will get up to 32 inches and weigh up to 180 pounds. The largest verified snapping turtle weighed 250 pounds and lived at the Shedd Aquarium in Chicago, Illinois.

The smallest turtle on the North American continent is the bog turtle (Glyptemys muhlenbergii). This turtle reaches a maximum length of only about 4.5 inches and is found in marshy habitats along the Eastern United States.

Since ancient history, turtles have been prevalent in many different human cultures from all over the world and have been depicted as wise, patient, easygoing creatures. They are commonly used as a symbol of longevity, knowledge, and stability due to their long lifespan, slow movement, and strong protective shells. Today, turtles and tortoises continue to play an important role in culture and education. 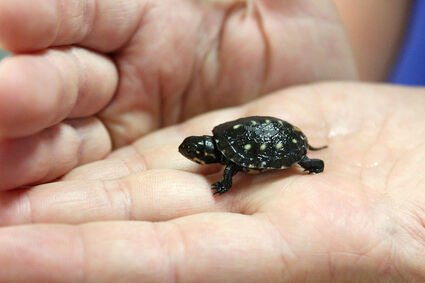 In North American tribes, such as the Iroquois and Lenape tribes, the creation of life began with the Great Spirit placing their homeland (North America) on the back of a giant turtle. North America is still referred to as "Turtle Island" among some modern descendants, and the turtle itself is often used as a symbol for the Earth Mother in reference to this legend.

As a turtle, being known for a long life may actually lead to a short one! Tribes have often used turtle shells in their medicines and rituals in hopes of tapping into their longevity. This habit sadly persists today throughout the world in a variety of cultures. Although there are still many threats to wild turtle and tortoise populations, turtle and tortoise education and conservation organizations are working hard to prevent the unnecessary destruction of these animals. Understanding and sharing the importance of turtles and tortoises in our ecosystems is key to preserving the turtle and tortoise species.