Bauer had been under investigation for the alleged assault of a San Diego woman he had dated in May, 2021 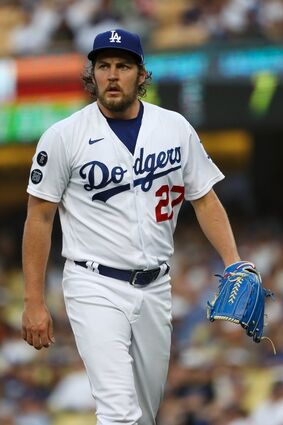 Trevor Bauer has been suspended for 324 games, which is two years, over allegations that he abused his girlfriend. "Trevor Bauer receives 324-game suspension for violating MLB’s Joint Domestic Violence, Sexual Assault, and Child Abuse Policy after an investigation into allegations of sexual assault," said MLB in a statement.

"In the strongest possible terms, I deny committing any violation of the league's domestic violence & sexual assault policy. I am appealing this action and expect to prevail," said Bauer through his lawyers.

Statement from the Los Angeles Dodgers: "Today we were informed that MLB has concluded its investigation into allegations that have been made against Trevor Bauer, and the Commissioner has issued his decision regarding discipline. The Dodgers organization takes all allegations of this nature very seriously and does not condone or excuse any acts of domestic violence or sexual assault. We've cooperated fully with MLB's investigation since it began, and we fully support MLB's Joint Domestic Violence, Sexual Assault, and Child Abuse Policy, and the Commissioner's enforcement of the Policy. We understand that Trevor has the right to appeal the Commissioner's decision. Therefore, we will not comment further until the process is complete."

On June 30, 2021, the Pasadena Police Department confirmed to news outlets that Bauer was under investigation for the alleged assault of a San Diego woman that May, says Wikipedia.

The woman was granted a temporary domestic violence restraining order on June 28, alleging that she had met Bauer on April 21 and that she had been physically and sexually assaulted by him on two separate occasions. On May 16, she went to the emergency room at Alvarado Hospital, where, after her injuries were examined, she met with several detectives from the San Diego Police Department.

MLB placed Bauer on administrative leave on July 2, while the Dodgers removed his merchandise from their team store and replaced his scheduled bobblehead promotional night with a Clayton Kershaw "World Champion T-shirt" promotion. Bauer underwent a civil hearing for the restraining order against him from August 16 to August 19. Bauer did not testify during the hearing.

On August 20, the temporary restraining order against Bauer was removed after a judge determined that Bauer did not pose a threat to the woman's immediate safety. 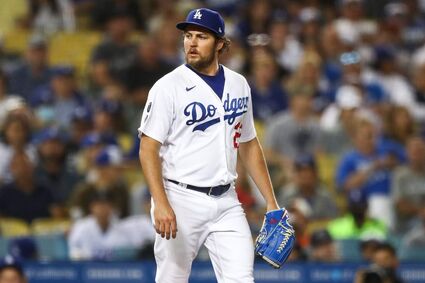 MLB extended his leave for the remainder of the season while they and the Pasadena Police Department finished their investigation into Bauer. On February 8, 2022, the Los Angeles County District Attorney announced that they would not be filing any criminal charges against Bauer related to these incidents citing a lack of evidence.

In March 2022, Bauer filed defamation lawsuits against Deadspin, The Athletic, and a former reporter for The Athletic, Molly Knight. The following month, he filed a defamation suit against the woman who had accused him of assault and one of her attorneys.

While Bauer was under investigation in 2021, The Washington Post uncovered court records showing that a separate woman from Ohio had sought a temporary order of protection in June 2020. Police reports indicated that the woman had accused Bauer of physical assault in 2017 and that she had sought an order of protection after receiving death threats from the pitcher. Bauer denied these additional allegations and further alleged that he had been harassed and physically assaulted by the Ohio woman.