Watch Out for Frauds and Counterfeits at These E-Commerce Sites

Everyone knows selling counterfeits is illegal, yet through huge legal loopholes and virtually immune to prosecution, IP laws, and safety standards, e-commerce sites continue to enable and facilitate criminal activity with impunity. 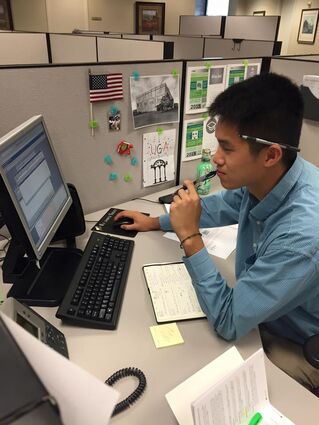 You may think you found a great deal on Amazon for that cell phone, but it won't work when you receive it - don't ask me how I know

April 28, 2022, Los Angeles, CA – Most shoppers don't know or understand that e-commerce websites enjoy a unique and profitable exemption from liability for selling counterfeit and other infringing products. Brick and mortar stores don't have the same protection as online retailers and skirt product liability suits by consumers who purchase online from third-party vendors.

Shoppers already face the daunting challenge of identifying counterfeit, fraudulent, and replica products and should be shocked at a behind-the-scenes look at the counterfeit enforcement practices of the e-commerce giants.

Trademark owners and agents receive alarming responses, inaction, and a myriad of obstacles for their efforts to protect consumers from fraud, economic loss, injury, and death.

Over the past ten years, The Counterfeit Report, a global award-winning consumer advocate and industry watchdog, found and removed listings for over 420 million counterfeit and fraudulent items. This is just a tiny fraction of the fake and fraudulent items offered by e-commerce websites, including Amazon, Walmart, eBay, Alibaba, Newegg, Mercari, Wish, Poshmark, and many others.

Amazon tops the list as the worst in responding to and handling counterfeit complaints. Despite its (patently false) claim, "Products offered for sale on Amazon must be authentic. The sale of counterfeit products is strictly prohibited," Amazon is both a direct seller ("Sold and shipped by Amazon") and allows third-party sellers to list just about any fake, fraudulent, or replica item they want.

Amazon's Corporate Counsel, Annasara Purcell, confirmed Amazon will not remove counterfeit products from its 22 worldwide websites unless the trademark is registered in each country the product is sold. Yet, counterfeits were purchased and delivered to The Counterfeit Report from worldwide Amazon sellers. That's OK, says Amazon, and the fakes and replicas remain.

Reported counterfeits, including those sold directly by Amazon, can remain for weeks, even months, and require dozens of infringement complaints. Amazon ignores thousands of trademark owner complaints submitted by The Counterfeit Report.

Over 500,000 brands are fighting Amazon counterfeits -- a shocking revelation of the enormity of Amazon's counterfeit problem. Amazon's "Brand Registry" is a system of obstructions and automated responses that still require brand owners to issue individual complaints for each global Amazon venue.

Consumers who believe they are buying legitimate, safe products from Walmart.com may be in for a surprise. Walmart is both a direct retailer of fake and fraudulent items and has opened its website, Walmart.com, to global third-party sellers who can sell just about anything they want right alongside authentic products. Walmart snubs trademark owners, leaving counterfeit, fraudulent, and infringing products listed for weeks, even months or responds to brand owners with obstructive or automated responses.

"We encourage you to contact the sellers offering the product to resolve the matter. Pursuant to our agreement with Marketplace Sellers, we allow them the opportunity to resolve trademark claims directly with the claimant."

"Please provide the following: Any supporting details and/or any evidence that the seller is offering counterfeit product, If you have made any test buys on Walmart.com, we ask that you provide the order numbers."

An average of six complaints were required for each listing removed. Hardly an acceptable or effective practice to protect brand owners and consumers. One counterfeit seller continues to list dozens of counterfeits after over 50 counterfeit listings were removed.

eBay has migrated from the auction house of garage sale items to a global "Marketplace" seller model. Unvetted marketplace sellers are about 80% of eBay business and can sell just about anything they want on eBay, including fakes.

eBay's "VeRO" counterfeit protection program is generally responsive in removing counterfeits in one to two days.

Conflicting automated responses are challenging. Email instructions "the nature of intellectual property infringement you are attempting to report is unclear. please respond to this message and provide us with a more detailed explanation," yet may be received simultaneously with an email indicating the listing has been removed.

Alibaba and subsidiary AliExpress are 'go-to" websites for counterfeits and replicas and should be avoided. Both serve as a first stop for brand owners to check if their products are counterfeited. Counterfeit complaints may languish for weeks before being acted on. Alibaba's brand protection claim, "Listings of counterfeits, replicas, or other unauthorized items are prohibited on the Site strictly," is simply not true.

Newegg.com is an American company and direct merchandise retailer, including computer hardware and consumer electronics. Newegg's website is also open to third-party sellers, many from China, who offer an inexhaustible supply of counterfeit, fraudulent, and infringing products. While counterfeit and infringing listings are ultimately removed, there is no evidence of consequence to the sellers, who remain and relist after repeated counterfeit complaints.

Dozens of counterfeit or infringement complaints for the same listing are ignored for weeks, even months. The fakes and replicas remain.

Unintelligible automated responses, "We need the below information: Example of authorized work" and "our Moderation Team will review this inquiry thoroughly. You will not receive a response regarding the outcome of their review" add to the confusion. The fakes and replicas remain.

Mercari gets an "F" for its lack of intellectual property enforcement.

Consumers looking to Wish.com may be attracted to its brand-name products offered by China sellers at a fraction of retail. Shipping may take weeks or over a month for customers who prioritize savings over speed of delivery. However, many items are counterfeit, fake, or replica products. Wish appropriately responds to brand owner complaints, however there is no evidence of consequence to the sellers, who remain and relist after repeated counterfeit complaints.

Google indexes and provides shopping links to e-commerce websites and is not a seller of the actual product. In response to trademark owner complaints, Google recently updated its intellectual property reporting system claiming easier use for brand owners. In reality, the new system doesn't accept any of the submitted listing URL links to offending websites. Google gets an "F" for the project. The fakes and replicas remain.

PayPal is not a seller but a payment processor. Disputes often end up with PayPal as a last resort for counterfeit, fraudulent, and "not as described" products when other consumer refund options fail. The Counterfeit Report recently exercised a refund option for a confirmed counterfeit product purchased via PayPal on AliExpress. The seller admitted, even boasted of the item being counterfeit, yet refused a refund. PayPal, which handles purchase transactions for the notorious China counterfeit marketplace, received the dispute but inexplicably directed the return of the counterfeit item to China. Federal law and U.S. Postal Service regulations prohibit counterfeit trafficking and shipment. All appearances are of little more than an automated response system for consumer complaints.

Counterfeit sales are not only profitable, but fund organized crime, terrorism, gangs, and exploit child labor. Interpol states on its website that there is a clear link between the illicit trade of fake or pirated goods and other crimes, including human trafficking, drug trafficking, and money laundering.

Everyone knows selling counterfeits is illegal, yet through huge legal loopholes and virtually immune to prosecution, IP laws, and safety standards, e-commerce sites continue to enable and facilitate criminal activity with impunity. The websites profit from fraudulent sales, impacting consumer safety and public trust. The consequence is destroyed U.S. companies and retailers, lost U.S. jobs, and duped consumers. The value of counterfeit and pirated goods is forecast to grow to $4.5 trillion and cost 5.4 million net job losses in 2022. 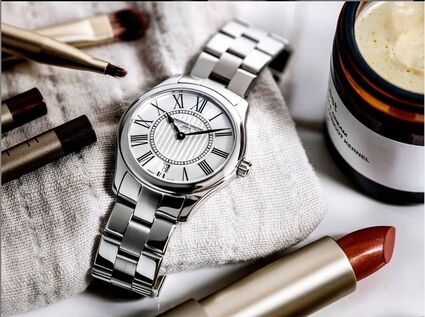 Unfortunately, counterfeit items are not limited to 'harmless' frauds but include safety equipment, batteries that explode and other dangerously substandard knock-offs