Cool Tech Coming to Santa Monica Police Department, but Who Can They Actually Arrest?

Out of 2,000 calls for service in one week, 40 arrests were made; many were undoubtedly released 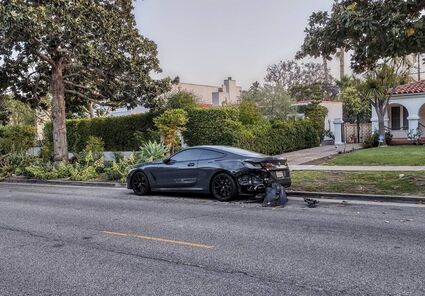 BMW the apparent victim of a violent hit-and-run accident, seen on the way out of the SMPA meeting with SMPD Chief Ramon Batista

May 3, 2022 - Santa Monica Police Chief Ramon Batista met members of the public at an event sponsored by the Santa Monica Protective Association on Sunday and Monday evenings. The event, held at a private home north of Montana Avenue, was well attended both evenings, with 60-70 people in the large backyard beside a swimming pool. The SMPA is a non-profit started in 1981 that collects dues from residents north of Montana in order to hire armed private security patrols. Most attendees were members of SMPA, which boasts they have lowered the crime rate compared to surrounding areas.

Chief Batista gave opening remarks detailing the improvements and changes he is making to the police department in his first six months on the job. Top on his list is building staff back to previous levels. With a budget for 231 officers, the department is down to 174 right now, which includes Batista himself. 9 more officers were added last quarter and 3 more are expected at the end of June. Other officers, currently out for injuries, are expected to return while others are on long-term leave. Batista said Santa Monica is about number 7 among area cities in terms of pay and benefits.

Other additions to the police force include remote-controlled drones. Batista gave several examples of drones able to arrive on the scene, unhampered by traffic, and which could then keep eyes on the perpetrator of both property and violent crime. One homeless man was filmed savagely beating another homeless man, and the drone was able to keep the assailant in view as he attempted to meld into a crowd on his bicycle. The suspect was arrested when police arrived on the scene in person.

Another technological upgrade will be "Live 911." This allows the officer to hear the emergency call in real time without the middleman of a dispatcher. Such will provide a "gold mine of information" to the officer, according to Batista.

To catch suspects who flee the area, license plate readers are coming to the major egress and ingress points of the city. Batista said he has learned that "nine-and-a-half times out of ten criminals are not residents" of Santa Monica.

However, judging by a list of statistics Batista read off, very few arrests are made compared to the number of calls for service. In one week, Batista said, there were 2,000 calls for service. 425 of those were related to the homeless. There were 52 calls related to illegal encampments. Of all of those calls, only 40 arrests were made - 26 of which involved homeless individuals. During the same week, the Homelessness Liaison Team (HLP) conducted 30 field interviews, gave 6 citations, 50 advisals, and made 2 arrests. 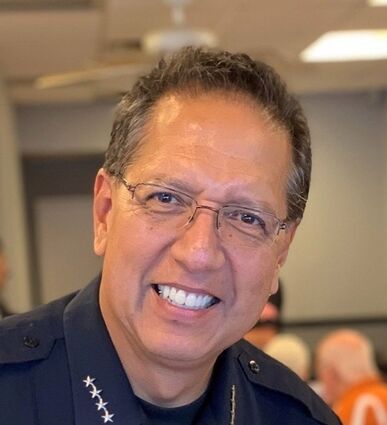 There are anywhere from 900 to 2,000 homeless individuals in Santa Monica. 63% of retailers on the Third Street Promenade report daily 'grab-and-go' robberies. Several prominent retailers have left because their employees do not feel safe. One retailer would not even accept free rent in order to stay. Drug-addicted and mentally ill homeless individuals reside in the public parking garages downtown and lie sprawled in the public walkways and in the parks. They urinate, fornicate, and masturbate in public. Some threaten and even throw objects at passersby. Those who call the police are told they can do nothing as these individuals have civil rights.

It is unclear how much use the drones, the Live-911, or the license readers will have when both local and state leaders prevent arrests and allow lawless, anti-social, and dangerous behavior.