You got out and fulfilled one of my worst fears. You committed a crime so egregious that it will serve as a cornerstone event and may quite possibly lead to a return to a tough-on-crime stance in California. 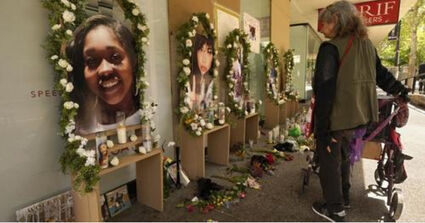 Should I call you Smiley or Mr. Martin? I think California's Dumbest Criminal suits you better. You're are the Biggest Loser. I clearly remember how it felt waking up to the news of a gang shoot out, in Sacramento, no less. 6 dead. 3 gang members and 3 innocent civilians. Well, I've got a bone to pick you, Smiley. Your brother died in the gun fight. Your name is 'Smiley.' What a stupid name. For a stupid individual. Your mother named you that. She must have known you would be worthless. She could never have known just how low you would land on life's food chain.

You were granted early parole. You were a California 'Youth Offender.' CDCR could have held you an additional 5 years. You were set free. You could have made something of yourself. You got out and fulfilled one of my worst fears. You committed a crime so egregious that it will serve as a cornerstone event and may quite possibly lead to a return to a tough-on-crime stance in California. Nobody will forget what you did!

Have you stopped to think about the families of those 3 civilians you killed? Wow. You hurt so many people! Your ripple effect is almost beyond comprehension! All the funerals and grieving families out there?! Do you care? I'm disgusted by you. You are a genuine loser. A Man-boy gang member with NO place in this world! Yeah, I'm calling you out. Yeah, I'm sitting in prison myself. I have changed my whole life while in here! For the better. I know you took your early release and did the worst possible thing. I thank God I have this platform and the God given backbone to call you what you are! You are a monster!

What I'm saying is the least of your problems. You're headed to death row. Right where you belong. I know you will probably die of old age in California's death row. But at least you'll be in the cage you earned. I take comfort in that. You hunted down fellow human beings and killed them. You're an apex predator. You were never meant to be free. You are not built for life amongst a civilised society. You only understand life in prison along fellow predators.

The reason I am so disgusted with you is I, myself, hurt someone almost 18 years ago. I'm glad I never took a life. I take victim impact very seriously. I think of my victim daily. I know how my victim suffered because of me. I studied how victims of all types of violent crime suffer. At this point, I'm almost an expert on victim impact. Once I understood how badly victims suffer, it changed me! I've never been the same! When your case broke, my mind went straight to the victims and their families!! So, you see, I am acutely aware of how badly you hurt so many others. Think of the broad impact of what you did! I feel for them. I also pray for them. Now you know why I am so passionate about my feelings towards you!

My guess is you probably don't care about your victims. You likely think there is some valid excuse for what you did. Maybe some BS like, "self defence?" Am I right? 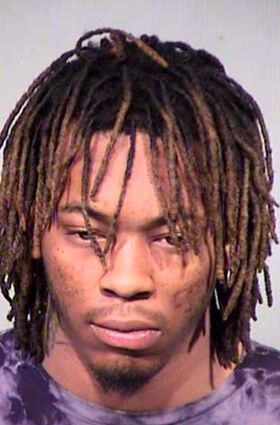 Dandrae Martin, accused of involvement in the murder of 6 victims in a mass shooting in Sacramento

You dummy! This is why so many people hate prisoners and ex convicts! YOU! I would bet you're even proud of yourself for killing a couple of the opposing gang members. I know your gang mentality. I grew up in San Diego surrounded by gangs in the 90's. You are now a symbol for the worst of the worst. I walk past people like you everyday! Shameless killers. Its not CDCR's fault. Once in a while a bad apple slips through. I see how hard the parole commissioners work to get it right! Your early release was not the mistake. Your very birth was the mistake. I hope the state will carry out your execution quickly, so all of your victims can begin to heal. If I had my way, you would already have the first shot of your 2 dose lethal injection!