9 cases have been confirmed in the United States and more are suspected - is this a low-budget, lower-risk version of AIDS? 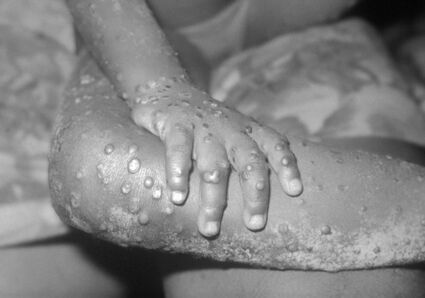 May 26, 2022 - Barbara Ferrer, director of the LA County Department of Public Health, announced at her media briefing today that a first case of Monkeypox has been confirmed in the Sacramento area of California. "The risk to residents of LA county is very low," she added.

Monkeypox is not usually a serious disease but it can be, Ferrer told the press. It does not usually occur in the United States but has been confined to Africa until very recently. Typically, the disease begins with flu-like symptoms, which can include a fever and headache, and fatigue. Swollen lymph nodes are also common. The disease then progresses to include a rash. The disease is most dangerous to children, pregnant women, and those with suppressed immune systems, according to Wikipeda.

Unlike Covid-19, which spreads through air particles, monkeypox is not easily transmitted from one person to another. According to the LADPH, monkeypox can spread "through contact with body fluids, sores, contaminated objects, prolonged face-to-face contact, and contact with infected animals or animal products."

Ferrer noted that most of the clusters recently found outside of Africa involved men who'd had sexual congress with other men. "It is not generally considered a sexually transmitted disease," Ferrer said, "but it can be transmitted sexually."

Wikipedia claims that the smallpox vaccine can prevent infection with 85% effectiveness. A specific monkeypox vaccines was approved for use by adults in the US in 2019. The current treatment is an antiviral drug called tecovirimat.

A previous outbreak occurred in the United States in 2003 with infected rats imported from Ghana.

If you believe you have been exposed or are experiencing symptoms, the health department urges you to contact your healthcare provider, especially if you've recently traveled. The Sacramento case involves an individual who had returned from a recent travel abroad.