Is Severodonetsk Russian for Waterloo? It Appears so, as Russian Army forced out of city of 100,000 by Ukraine Army 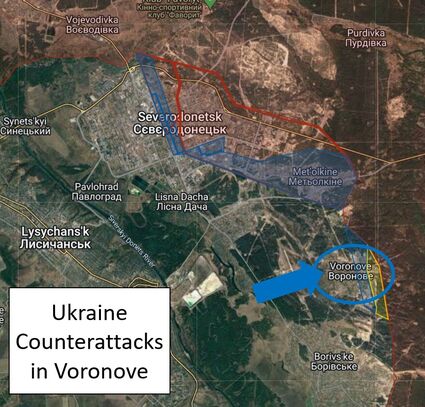 6.5.22: Multiple sources reported Sunday morning Ukraine time, that the Ukraine Armed Forces have turned the table on the Russian Federation Army, and forced them out of Severodontsk.

"Urgent report. #Severodonetsk is 75% ours. Street after street, #ZSU are advancing and liberating the city. Glory to #Ukraine 🇺🇦✊🏻" tweeted Canadian Ukrainian Volunteer, at 6:30 PM PST.

Western media had reported that Severodonetsk had largely fallen to the Russian army, who contested the City ten days ago. The city of 100,000 pre war residents, sits on a major river and is the last population center in the Donetsk province still in Ukrainian hands. Fewer than 30,000 civilians remain in the City. 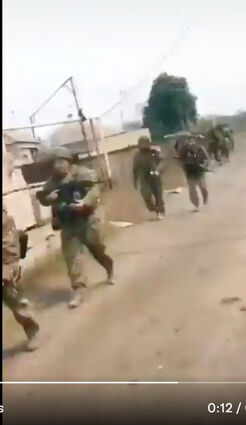 "#Severodonetsk Axis - #Ukrainian troops have reinforced the the town of Voronove 4mi/6km SE of Severodonetsk & counterattacked #Russian forces that were close to capturing the town. #UAF has driven #RuAF back to the edge of the town & are close to expelling them entirely." reports OSINT Technical.

It is largely believed that the arrival of more accurate weapons from the US and European member of NATO, had turned the tide in favor of the Ukrainian defenders. These include the M109A7 self propelled Howitzers, advanced MLRS rocket launchers, and the HIMARS systems.

Some military bloggers are observing that the Ukrainians drew the Russians into Severodonetsk deliberately. By this theory they allowed the Russians to enter the town, while still occupying the hillsides across the river and above the town. This allowed them to fire down on the Russian army, simultaneously challenging them with street to street fighting.