Barry Snell is the Vice-chair of the Santa Monica College Board of Trustees as well as the Chair and CEO of DTSM, but he does not own either a business or property in the assessed downtown district 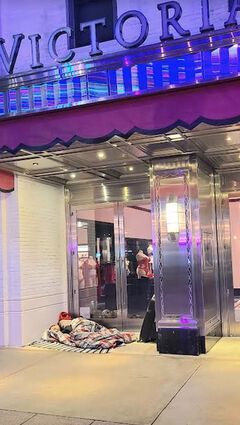 June 14, 2022 - An editorial in the Santa Monica Mirror by Santa Monica College Board of Trustee Vice-Chair and Downtown Santa Monica, Inc. Chair Barry Snell advocating the continuation of the Downtown Ambassador program was met with a scathing retort from property and business owner John Alle.

Snell claimed that DTSM, the quasi-governmental body charged with upkeep and promotion of the Third Street and Promenade, was "fully aware of concerns regarding public safety" in the agency's area of purview. "We share those concerns," he claimed. According to Snell, the best way to address hygiene and public safety downtown is via Ambassadors supplied by a contract with a company called Block by Block. The company has "provided valuable insights," Snell claimed that enables DTSM to "be more effective."

Snell's contention is that the ambassadors are "specially trained," engage with those "most in need," collaborate with property owners and the police, and "devise strategies to reduce anti-social and criminal behavior." Snell admits they are not law enforcement. All they can do is act as "deterrents" and report appropriate incidents to the police.

In his op-ed, Snell said that DTSM is composed of an equal number of members appointed by the City Council as those elected by local property owners. When it comes to the recent idea, advocated by, among others, City Council member Phil Brock, to eliminate the Ambassador program, Snell stated definitively, "We are here to say that this is not on the table."

On average, Alle wrote, 7 residents, visitors, or business owners are assaulted per month downtown. Three storefronts are smashed each month. Every week there are 6 "walk-in, grab-and-walk-out" shoplifting incidents. Four homeless die every week in Santa Monica.

"DTSM's agenda is a failed social experiment," Alle says. "86% of our City residents are not patronizing Downtown or the Promenade."

The tone of Snell's op-ed read like an advertisement for Block by Block, with glowing praise that would be difficult to believe by any casual observer who has walked through downtown Santa Monica any time over the last few years. The garages are filthy, with a doctor from UCLA pronouncing them a health hazard. The Third Street Promenade is a ghost town, with most stores closed and/or boarded up - prospective tenants won't even accept free rent to put their businesses there because of the homeless antisocial behavior and crime. Phil Brock himself witnessed a woman urinating in front of him as he attempted to purchase a snack on the Promenade. 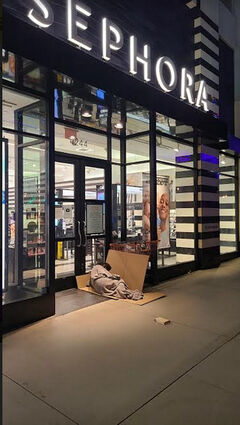 The why of Snell's support for Block by Block is alluded to by Alle, who points out that DTSM's new Operations Manager, Richard Mongarro, was last employed by Block by Block. "We [the property owners] asked if Richard Mongarro will be compensated or paid any consulting fee by Block-by-Block if their Ambassador contract is extended." Barry Snell refused to answer.

Whatever Snell's allegiance to Block by Block may or may not be, he himself admits that unarmed, unsworn Ambassadors have no power to stop antisocial and criminal behavior. That is precisely why those who advocate eliminating the ineffective Ambassadors want to replace them with armed and trained law enforcement officers, either Santa Monica police officers, members of the LA County Sheriff's department - or both.