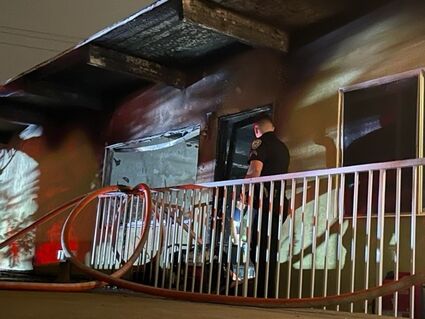 Santa Monica firemen putting out a fire on Kansas Ave in Santa Monica.

The SMFD reports an injured person and two rescued cats after a apartment fire on Kansas Avenue near Cloverfield. The press release from the SMFD is below. 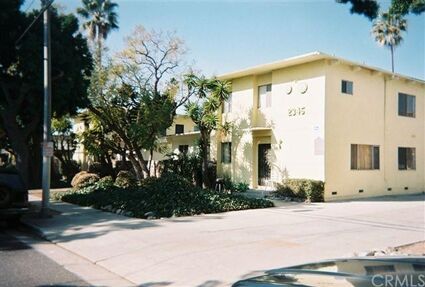 On Thursday June 16th, 2022 at 9:07 p.m. the Santa Monica Fire Department received multiple calls reporting a fire in an apartment building on the 2300 block of Kansas Avenue in the Pico Neighborhood. Upon arrival, Firefighters encountered a two- story apartment building with one unit on the second floor well involved with fire. Firefighters quickly worked to attack the blaze and prevent it from extending to adjacent apartments while rapidly searching and evacuating the building.

The fire was extinguished in less than 20 minutes and was confined to the unit of origin, with only minor damage to other units. One resident was treated by Paramedics and transported to a local hospital for injuries sustained from the fire. Additionally, Police Officers and Firefighters were able to rescue two cats from a neighboring apartment. Assistance was provided by the Santa Monica Police Department, Santa Monica Building & Safety, and McCormick Ambulance. The cause of the fire is under investigation. -- Capt. Patrick Nulty, SMFD PIO