Norway Blocks Delivery of Supplies to Russian Settlement in Svalbard

Citing to EU Sanctions over Russia's invasion of Ukraine, Norway has cast aside the Svalbard Treaty of 1920. 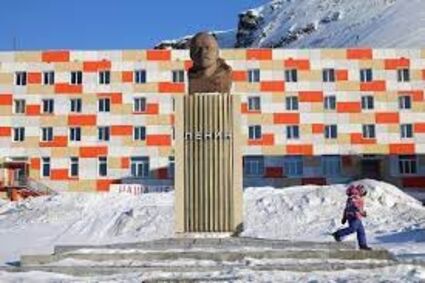 The world's most northerly Lenin statute is in Barentsburg.

The Moscow Times, an English language independent website centering on Russia and its English speaking community, reports that the Norwegian government has blocked the delivery of food and medical supplies to the world's most northerly Russian outpost. And the Russian's are pissed off.

"Moscow accused Oslo of violating the Svalbard Treaty of 1920, which grants citizens of all signatory nations, including Russia, equal access to the Arctic archipelago’s resources," says the Moscow Times.

Citing to EU Sanctions over Russia's invasion of Ukraine, Norway has cast aside the Svalbard Treaty of 1920. The action is evidence, if any of us needed more, that Russia's relations with the West, including Norway, are at a once in 100 year low.

The shipment was reportedly headed for Barentsburg, the Arctic archipelago’s second-largest settlement, where some 400 people work for Russian state-owned coal mining company Arktikugol.

“Following Norway's actions, the sovereignty of this country over Svalbard is a big question from now on,” Russian Senator Andrei Klishas said on the Telegram messaging app Wednesday. 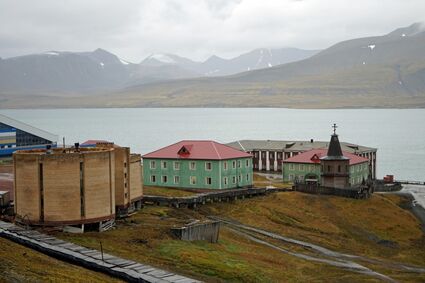 Norway Blocks Delivery of Supplies to Russian Settlement in Svalbard

Only about 4000 people tops live in Europe's far northern outpost in the Arctic Sea known as Svalbard or Spitsbergen. The archipelago has one Norwegian settlement with about 2300 residents. Named after John Longyear, Longyearbyen mostly lives off of eco-tourism.